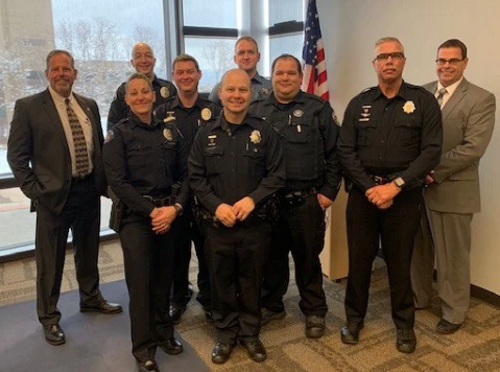 The Highway Safety Office at the Colorado Department of Transportation has launched a new Drug Recognition Expert or DRE training program for law enforcement personnel.

Darrell Lingk, director of the agency’s Highway Safety Office, said in a statement that the DRE School is a nine-day intensive training course that provides law enforcement officers the knowledge, skills, and abilities to detect vehicle operators who are impaired by a variety of drugs.

Officers learn how to document the impairment and present a case in a courtroom setting on drug impaired driving.

“With one-third of deaths on our roadways attributed to impaired drivers, drug recognition experts are critical to reducing that number and ultimately getting to our goal of zero deaths,” he explained.

In 2021, drivers suspected of impairment killed 253 people in Colorado, which is 36 percent of all people killed in statewide traffic crashes that year.

While alcohol remains the most common substance found in fatal crashes involving an impaired driver, there is a concerning uptick in fatal crashes that involve other drugs, such as cannabis. In 2020, an estimated 26 percent of drivers involved in fatal crashes and that were drug tested had multiple impairing substances detected in their toxicology results, according to fatality data from the National Highway Traffic Safety Administration.

Additionally, the Colorado Division of Criminal Justice published a report in January analyzing more than 26,000 impaired driving cases that were filed in Colorado in 2019, following the cases from arrest through final court outcome.

The report found 45 percent of drivers tested positive for multiple substances, with the most common combination involving alcohol and Delta 9-THC, which is the primary psychoactive component of marijuana. The second most common pairing was alcohol combined with other drugs such as cocaine, methamphetamine, sedatives and opioids.

According to a report compiled by the AAA Foundation for Traffic Safety, people who use both alcohol and marijuana are some of the most dangerous drivers on the road – significantly more likely to speed, text, intentionally run red lights, and drive aggressively compared to those who do not.