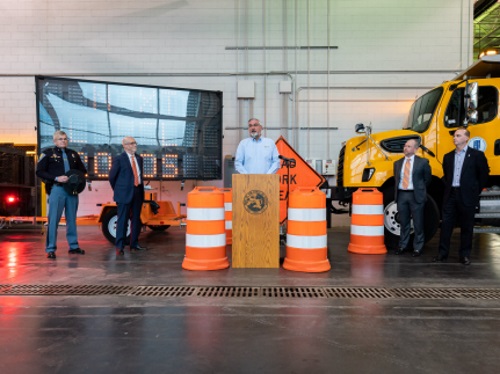 The Indiana Department of Transportation plans to tackle 1,300 state road projects as part of its “Next Level Roads” construction season this year. When combined with preventative maintenance projects, Indiana plans investing more than $3 billion to improve road and bridge conditions, safety, and mobility in 2022.

Implemented in 2017, the Next Level Roads program is a $60 billion, 20-year plan to improve Indiana’s roads and bridges.

“Indiana’s economy is growing exponentially, and our state’s strong infrastructure plays an important role in that success,” noted Governor Eric Holcomb (R) in a statement.

“This year’s Next Level Roads projects represent a historically significant investment in transportation to support our efforts to make Indiana a premiere destination to live, work, learn and play and stay,” he said.

“Investing in our infrastructure at historic levels and doing the necessary work to preserve and enhance Indiana’s reputation for delivering a best-in-class infrastructure network,” he said.

Indiana’s transportation infrastructure investment plans mirror several efforts either underway or proposed by other states across the country.

For example, in New York, Governor Kathy Hochul (D) outlined a $32.8 billion five-year capital plan for programs and projects administered by the New York State Department of Transportation in her recent budget proposal.

The adoption of this new capital plan – the largest investment ever in New York State transportation infrastructure – represents a $9.4 billion or 40.2 percent increase over the previous five-year plan period.