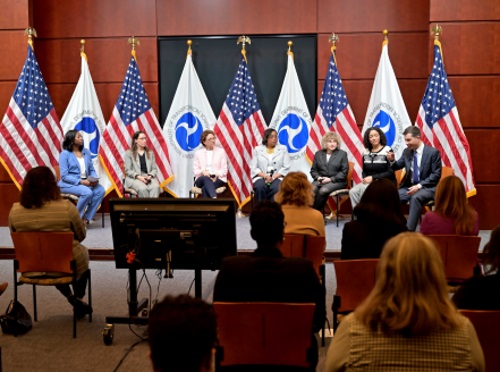 The White House and the U.S. Department of Transportation highlighted this week the more than $44 billion in funding available over the next five years for rural communities to rebuild and modernize roads, bridges, transit, ports, and airports under the $1.2 trillion Infrastructure Investment and Jobs Act or IIJA enacted in November 2021.

USDOT also announced that is has reconvened the Rural Opportunities to Use Transportation for Economic Success or “ROUTES” Council to engage rural communities, distribute the IIJA’s new rural-focused funding, and coordinate a ‘whole-of-government’ approach to rural infrastructure investment.

USDOT noted that rural and tribal communities are “essential to the success” of the United States yet face “significant challenges,” especially in regards to infrastructure. Currently, 13 percent of rural roads and just over 10 percent of off-system bridges — most of which are in rural areas — are in poor condition.

USDOT added that the fatality rate is two times higher on rural roads than urban roads, while rural residents are less likely to have feasible alternatives to driving, and therefore face disproportionate transportation costs and barriers to jobs, schools, and stores if they lose the ability to drive.