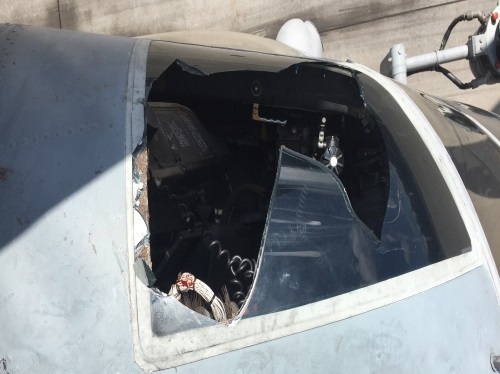 A mitigation program operated by the North Carolina Department of Transportation’s Division of Aviation aims to reduce the risk of wildlife hazards by providing a variety of training and support options for both airports and aircraft.

The agency said North Carolina airports average at least one bird or other wildlife strikes upon aircraft per day, which can cause significant damage. For example, in 2018, aircraft landing at a general aviation airport sustained more than $800,000 in damage when it struck two of six white-tailed deer crossing the runway.

On top of that, the Federal Aviation Administration Wildlife Strike Database​ – which tracks wildlife strikes – estimates that only one in five strikes are reported, which adds up to a significant threat to property and life.

“Flocks of birds taking flight, deer crossing runways and other such hazards can cause serious damage to property and even loss of life,” noted Rajendra Kondapalli, the program’s manager, in a statement. “Our program focuses on reducing that risk and increasing safety for aircraft that fly in and out of airports across our state.”

The wildlife program, offered through a cooperative agreement with the Wildlife Services Division of the U.S. Department of Agriculture, provides five regional trainings and assessments of one-third of the state’s 72 public airports each year. It also provides “quick-response” management activities for airports experiencing wildlife hazards.

That “quick response” program provides both proactive and reactive management, NCDOT said, such as harassing geese, gulls, raptors and other birds using pyrotechnics and habitat management tactics. The USDA may “live trap” hazardous raptors such as hawks and falcons, then relocate them to suitable habitats miles away from the airport.

The wildlife management assessments offered through the program include an airport site visit to conduct a bird and mammal hazard survey and an assessment report with wildlife observations, habitat attractants and mitigation recommendations based on USDA’s observations.

This can range from proper grass height, tree removal, proper fencing and agriculture near the airfield.

“These trainings are very important because they help the airports better understand the hazards on their airfields and what they can do to mitigate them, short-term and long-term,” noted Chris Willis, western district supervisor for the USDA Wildlife Services in North Carolina, who provides the training.

“It also helps the aviation [divisions] understand the needs the airport may have or what hazards exist,” he said.

Video: Texas DOT Explains Why its Bridges are ‘Bat-Friendly’