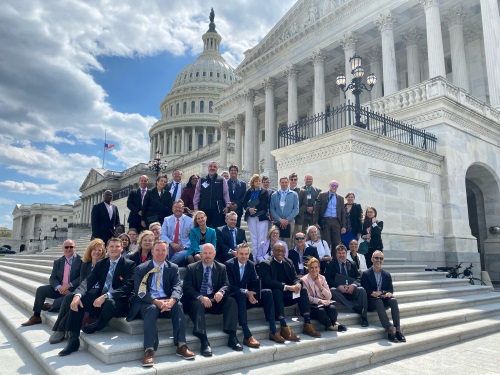 Sessions over the four-day AEI course included how to create a culture for success, understanding and fulfilling federal transportation obligations, plus how diversity and inclusion initiatives can make state DOTs better.

They discussed the agency’s priorities and partnership goals while recognizing the crucial role played by state DOTs on implementation of the $1.2 trillion Infrastructure Investment and Jobs Act enacted in November 2021.

Rep. DeFazio provided reflection on his 36-year career in the U.S. House of Representatives – he announced in December 2021 is not seeking re-election – including his longtime advocacy for transportation.

Four state DOT CEOs also made presentations to the group:

McGrath to Chair Special Committee on Research and Innovation