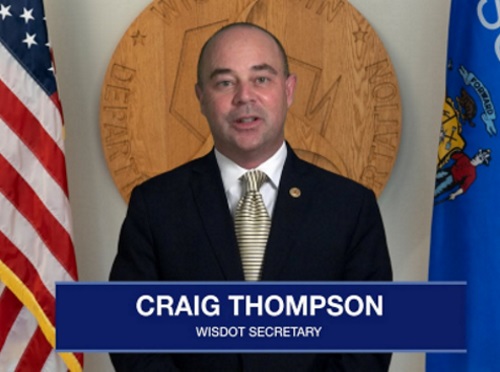 The American Association of State Highway and Transportation Officials has appointed Craig Thompson – secretary of the Wisconsin Department of Transportation – to a two-year term as chair of its Council on Water Transportation.

Thompson has more than 25 years of experience working with Wisconsin businesses, communities, legislators and units of government.

Prior to leading TDA, he served as the legislative director for the Wisconsin Counties Association, managing legislative initiatives at the state and federal levels.

Thompson is a native of Racine, WI, and a graduate of the University of Wisconsin-Madison. He lives in Madison with his wife and they have a daughter and a son.