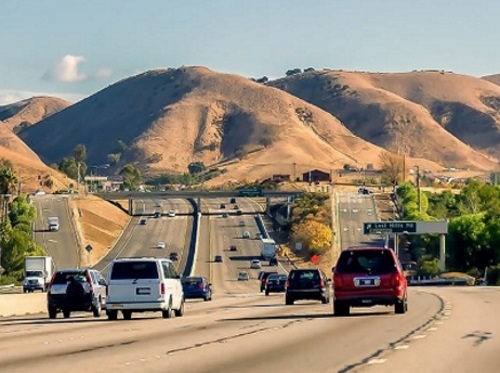 The California Department of Transportation, in partnership with the California Office of Traffic Safety (OTS), recently launched a new statewide education campaign and video contest encouraging motorists to “Get Off Your Apps” and put the phone away while driving.

[Above image via Caltrans]

The campaign runs through April 24 and features a series of safety messages on broadcast television, digital platforms including social media and streaming services, and digital billboards. In addition, multilingual public service announcements or PSAs will run on Spanish and English radio.

As part of the safety campaign, Caltrans and OTS created a video contest for the chance to win a role in the PSAs filmed this summer. Participants ages 18 and older should submit a two-minute video by May 31 explaining ways to end distracted driving, as well as what they personally do to avoid distracted driving.

Participants will also be eligible to win two tickets to the 2022 iHeart Music Festival plus travel expenses provided courtesy of iHeartMedia.

“April is set aside to raise awareness of the dangers of distracted driving, but our educational efforts continue year-round,” noted Steven Keck, acting director for Caltrans, in a statement.

“We urge all drivers to make safety their priority, eliminate distractions and keep their focus on the road,” he said.

“The phone is not your friend when you’re driving. Put the phone away and put all your attention on the task of driving,” added Barbara Rooney, OTS director. “It’s a simple but important habit that keeps yourself and others safe on the road.”