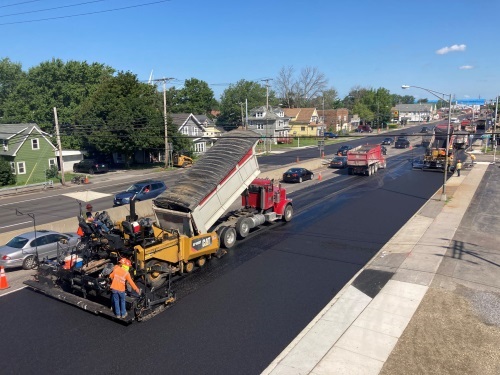 The New York State Department of Transportation will oversee a $157 million investment in pavement renewal projects taking place on some of the busiest roads on Long Island this spring and summer.

Those projects are part of the $1 billion “Operation Pave Our Potholes” program created by Governor Kathy Hochul (D) that is part of the $32.8 billion five-year capital plan within the state’s fiscal year 2023 budget, adopted in early April.

“Long Island has some of the busiest highways in the United States and the investments we are making today will help ensure smoother travel and fewer hassles for the tens of thousands of commuters who use these vital traffic arteries,” Governor Hochul said in a statement.

“With the adoption of this historic capital plan, we will give communities the infrastructure they need to unleash their full potential, enhancing connectivity, restoring essential roads and bridges, and correcting injustices of the past,” she added. “I am proud to provide funding for transformative projects like these, which send a strong signal that New York is building back better and stronger than ever before.”

“Governor Hochul understands the vital role that infrastructure plays in the health of our communities and the strength of our economy,” noted NYSDOT Commissioner Marie Therese Dominguez

“These projects on Long Island and the historic investments we are making all across the state will create a modern transportation network that brings people together, bolsters our sense of community and keeps our economy growing well into the 21st century,” she said.