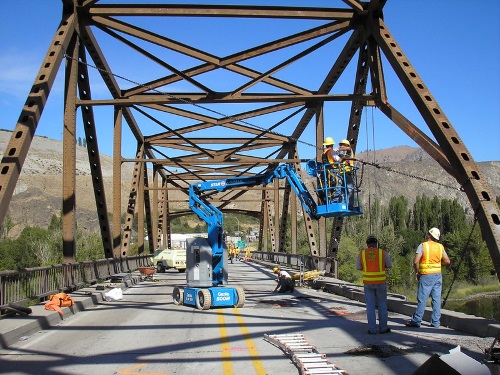 The Federal Highway Administration issued a final rule on May 6 that updates National Bridge Inspection Standards or NBIS for highway bridges; a rule that goes into effect on June 6.

Concurrently, the agency issued an additional $1.1 billion in formula funding for bridge repair and replacement. FHWA noted in a statement that funding increase resulted from the fiscal year 2022 omnibus appropriations package signed in March – a package that finally honored full first-year transportation funding levels established by the $1.2 trillion Infrastructure Investment and Jobs Act enacted in November 2021.

Through this final rule, FHWA incorporated several technological advancements, including the use of unmanned aircraft systems or drones, and addresses “ambiguities” identified since the last update to these regulations in 2009.

The updated regulations include new timeframes for updating inventory data, and a process for tracking the updates of inventory data. In addition, they include a new document to identify data items for the National Bridge Inventory.