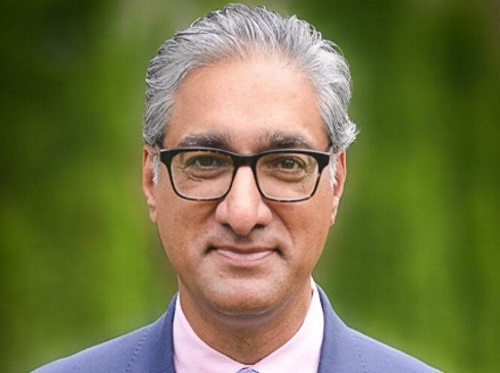 [Above photo via the New Jersey DOT]

Created in 2019, in the Gateway Development Commission – a partnership between New York, New Jersey, and Amtrak – oversees the $30 billion Gateway Program, which is a comprehensive rail investment initiative for the Northeast Corridor or NEC. The NEC is the most heavily used passenger rail line in the United States, with more than 2,000 trains per day carrying approximately 800,000 daily passenger trips across eight states and Washington D.C.

Kolluri – whose nomination will be voted on by the Gateway Development Commission’s board of directors on May 16 – served as New Jersey DOT’s commissioner from January 2006 until December 2008, as well as chairman of NJ TRANSIT, the New Jersey Turnpike Authority, and the South Jersey Transportation Authority.

While at the New Jersey DOT, Kolluri played an instrumental role in helping develop a funding strategy to meet New Jersey’s contribution towards the ARC project, a nationally significant rail tunnel project that would have connected New Jersey and New York.

Kolluri currently serves as the president & CEO of Camden Community Partnership, Inc., an economic and community development non-profit. He previously served as the CEO of the Rowan University/Rutgers-Camden board of governors. He has also worked for the law firm of Windels Marx Lane and Mittendorf, where he advised clients on transportation and economic development matters.

“There is a clear and present opportunity and desire among federal, state, and bi-state partners to advance the Gateway Program,” Kolluri said in a statement. “The [Gateway] commission has a critical role in overseeing the successful delivery of this project. Should my candidacy be approved by the Commissioners, I commit to being singularly focused on this collaborative effort.”

He holds a Bachelor of Science from Rutgers University–Camden, a Juris Doctor degree from Georgetown University, and lives in Haddonfield, N.J.