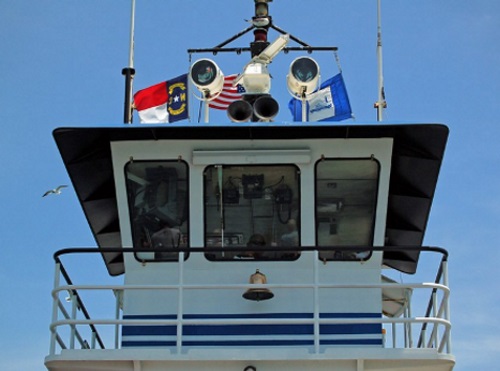 The North Carolina Ferry System celebrates its 75 anniversary of operation in 2022 and its planning a celebration to honor that operational milestone at the Hatteras Ferry Terminal on May 16.

Local officials and state transportation leaders plan to discuss the history and importance of the state ferry system – a division of the North Carolina Department of Transportation – at that event, which will also feature the christening of the Ocracoke Express, the system’s newest vessel, which enters regular passenger service on May 17.

“The Ferry Division is proud to have served the residents and visitors of eastern North Carolina for 75 years, providing safe, affordable and efficient transportation across the rivers, sounds and inlets of the region,” said Ferry Division Director Harold Thomas in a statement.

“We hope this anniversary celebration will allow people across the state to rediscover this unique and vital facet of North Carolina’s transportation system,” he added.

For the rest of 2022, the Ferry Division invites present and former passengers to share their memorable #FerryTales on a new website​ dedicated to the system’s 75th anniversary, with other contests and a #SailTheSevenRoutes Challenge launched in the coming weeks.

Upon completion, the dredging project will result a deeper, wider channel that will eventually lead to the return of larger, river-class ferries to the Hatteras-Ocracoke route.