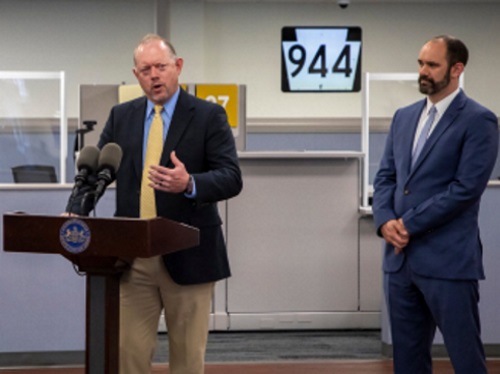 The campaign reminds motorists to silence text and email notifications while driving to reduce crashes caused by distracted driving.

According to the National Highway Traffic Safety Administration, distracted driving crashes killed 3,142 people in the United States in 2019 – an increase of 10 percent from 2018.

“Distracted driving crashes and fatalities are on the rise in Pennsylvania,” noted Mike Keiser, PennDOT’s acting deputy secretary for highway administration, in a statement.

“The simple choice to avoid distractions while behind the wheel will help keep you, your passengers, and other motorists safe,” he said.

The survey found most drivers (96 percent) believe typing or reading on a hand-held cellphone while driving to be very or extremely dangerous, but 39 percent admit to reading and 29 percent admit to typing on a smartphone at least once while behind the wheel.

In Pennsylvania, a Texting-While-Driving Ban prohibits as a primary offense any driver using an Interactive Wireless Communication Device or IWCD to send, read or write a text-based communication while the vehicle is in motion. That law:

“As the country begins to travel more, due to increased vaccinations and the loosening of mask requirements, more people are ready to get back on the roads for vacations, graduations and connecting to family and friends they have been separated from due to the COVID-19 pandemic,” stressed Michael Humphreys, acting commissioner for the Pennsylvania Insurance Department.

“We should all do our part to make our roads safer,” he added. “If the phone doesn’t ding while we’re driving, we won’t be tempted to take our eyes off the road.”