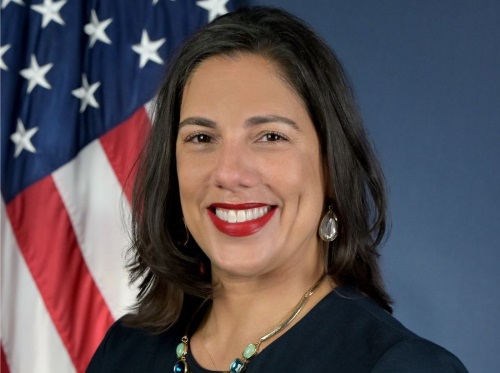 Nuria Fernandez, head of the Federal Transit Administration, recently named Veronica Vanterpool (seen above) as deputy administrator for the agency. She has served as senior advisor within the FTA’s Office of the Administrator since August 2021.

“Throughout her career, Veronica has been a stalwart advocate for public transportation and the riders who most depend on buses and rail for their economic livelihoods,” Fernandez said in a statement. “As deputy administrator I know she will continue to pursue new initiatives and advance existing priorities at the FTA. This is an exciting and critical time for our industry.”

In her previous role as senior advisor, Vanterpool coordinated and provided executive direction on the agency’s work on climate change, equity, innovation, safety, and workforce development.

Additionally, she led FTA’s first-ever listening session series on Transit Oriented Development and serves as the agency’s representative on groups such as the White House Interagency Policy Council Puerto Rico Working Group and the Joint Office of Energy and Transportation.

Prior to joining FTA, Vanterpool served as the first chief innovation officer at Delaware Transit Corporation, assuming that position after 15 years of transportation leadership roles in the New York metro region.

Vanterpool – a native New Yorker, born and raised in the Bronx – holds an master’s in environmental policy from the New Jersey Institute of Technology and a bachelor’s of science from Binghamton University in New York, where she double-majored in environmental science and political science.