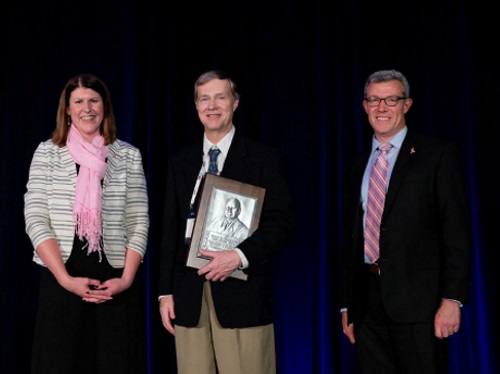 The American Association of State Highway and Transportation Officials seeks nominations for its annual awards, including its “President’s Awards,” which honor individuals or teams at state departments of transportation that have performed exemplary service during the year.

AASHTO member chief executive officers or the chairs of AASHTO committees or councils submit nominations for those awards as well as seven different President’s Awards:

Dr. Shawn Wilson, secretary of the Louisiana Department of Transportation Development and AASHTO 2021-2022 president, highlighted the importance of expanding the President’s Awards categories at the AASHTO 2022 Spring Meeting in New Orleans.

Wilson added that the expanded award categories are a reflection of how AASHTO has “opened up its meetings” to include non-traditional partners, giving them a seat at the table.

“We are a stronger organization when we hear from everyone, even those that we haven’t always had a strong partnership with,” he explained. “Transportation does not operate in a vacuum – it touches everyone. We need to hear all perspectives in planning, building, maintaining, and operating our transportation systems.”