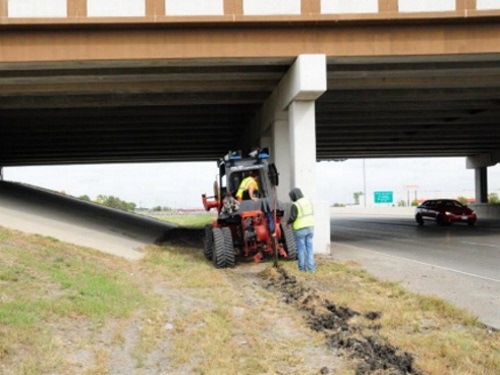 U.S. Department of Commerce launched an “Internet for All” initiative on May 13, which seeks to invest $45 billion to provide affordable, reliable, high-speed internet across America by the end of the decade.

Administered and implemented by the Commerce Department’s National Telecommunications and Information Administration, the initiative’s funds come from the $1.2 trillion Infrastructure Investment and Jobs Act or IIJA, enacted in November 2021.

The NTIA advises the president on telecommunications and information policy issues. NTIA’s programs and policymaking focus largely on expanding broadband Internet access and adoption in America, expanding the use of spectrum by all users, advancing public safety communications, and ensuring that the Internet remains an engine for innovation and economic growth.

“Generations before us brought electricity to rural America and built the interstate highways,” noted Alan Davidson, assistant secretary for communications and information at the Commerce Department, in a statement. “Our generation’s task is to connect all Americans online.”

The “Internet for All” initiative funds three separate programs with IIJA funding:

To participate in the BEAD Program, states and other eligible entities must submit a letter of intent and a planning funds budget, which will unlock $5 million in planning funds and allow states to begin creating their five-year action plan.

Each state will have direct support from dedicated NTIA staff through every step of the process and a guaranteed minimum allocation of $100 million, with additional funding determinations made based on the forthcoming coverage maps from the Federal Communications Commission.

The Enabling Middle Mile Broadband Infrastructure Program will award grants on a technology-neutral, competitive basis to eligible entities for the construction, improvement, or acquisition of middle-mile infrastructure.

The American Association of State Highway and Transportation Officials recently provided suggestions to the U.S. Department of Commerce on how to improve the role state departments of transportation play in broadband projects.