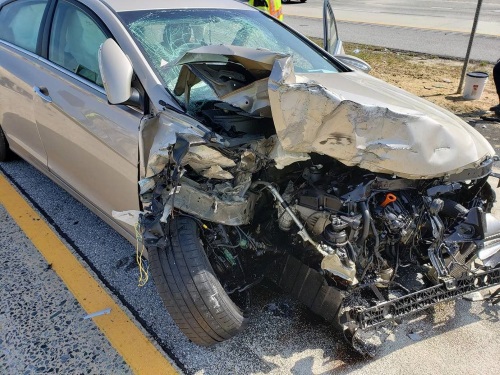 The National Highway Traffic Safety Administration estimates that 42,915 people died in motor vehicle traffic crashes in 2021, a 10.5 percent increase from the 38,824 fatalities in 2020 – the highest number of fatalities since 2005, according to preliminary agency data.

According to a statement, NHTSA said several crash type categories recorded relatively large increases in 2021 as compared to 2020:

NHTSA added that its full-year estimate of 2021 traffic fatalities also provides a look at state-level fatality estimates during the pandemic. As in 2020, all 10 NHTSA regions witnessed increases in fatalities, the agency said, with 44 states, the District of Columbia, and Puerto Rico projected to experience an increase in traffic deaths as compared to 2020.

“In recent years, and continuing through the pandemic, we have seen disheartening and unacceptable increases in roadway fatalities and serious injury crashes,” noted Jim Tymon, executive director of the American Association of State Highway and Transportation Officials.

“State departments of transportation take seriously the role they play in keeping people safe, whether traveling in a vehicle, on two wheels, or on foot – and know there is much work still to be done,” he said. “AASHTO and state DOTs will continue to work with all partners to combat this unacceptable rise in fatalities by expanding efforts to address roadway fatalities and injuries in the planning, design, operation, and maintenance phases.”

Meanwhile, when aligned with vehicle miles traveled or VMT data collected by the Federal Highway Administration, NHTSA noted that the traffic fatality rate is holding steady in comparison to previous years.