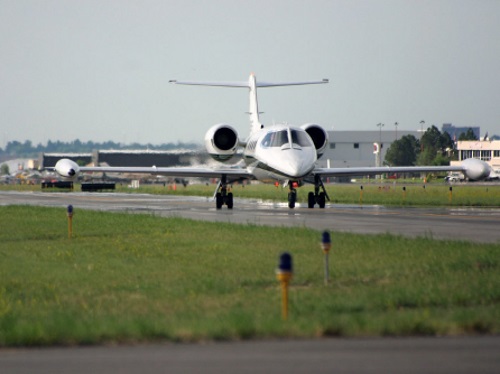 The Federal Aviation Administration recently issued 416 grants worth $518 million via the second round of Airport Improvement Program or AIP funding for a variety of projects, such as construction of new and improved airport facilities, repairs to runways and taxiways, maintenance of airfield elements like lighting or signage, and the purchase of operational or maintenance equipment.

The FAA noted in a statement that, to date, it has awarded a total of $1.1 billion of the $3.2 billion total AIP funding available in fiscal year 2022.

That funding comes at a critical time for airports as they continue to recover from the fiscal fallout created by the COVID-19 pandemic.

According to the latest Airport Economics Report issued by the Airports Council International in May, primary airport revenue sources – aeronautical and non-aeronautical or commercial activities – declined sharply in 2020.

When looking at individual aeronautical revenue sources, revenues from passenger-related charges saw the largest declines (down 65 percent) in tandem with the historic collapse in traffic, ACI said. Although airports supported air cargo operations amidst the pandemic, revenues from landing charges plummeted as well (down 42 percent).

Furthermore, although all non-aeronautical sources declined in 2020 compared with 2019, those directly affected by passenger volume suffered the most, such as retail concessions (down 65.2 percent).

Meanwhile, the “asset intensive” costs of the airport industry remained high, especially the “fixed costs” necessary for maintaining and operating the infrastructure components of airports, such as runways, taxiways, aprons, parking stands, and terminal buildings.

ACI Director General Luis Felipe de Oliveira noted in a statement that airports need increased infrastructure investment in order to meet future demand – investments that ultimately benefits the travelling public and local communities. “The entire aviation sector has been financially affected by the pandemic and we must all work together to ensure that all parts of the ecosystem recover sustainably,” he said.

State departments of transportation play a critical role in delivering infrastructure investment for airports, which in turn provides a range of economic benefits. For civil aviation, states directly supported four million jobs and generated $850 billion in total economic activity according to a 2020 report by the Federal Aviation Administration.

“Aviation is a pillar of our state. Its importance to our economy cannot be overstated,” said Illinois DOT Secretary Omer Osman in a statement.

“Illinois airports serve as a gateway to the economy through passenger, cargo and general aviation services, as well as employment opportunities,” he added. “[Illinois DOT] is committed to strengthening our aviation system to better connect Illinois to national and international economies far and wide.”