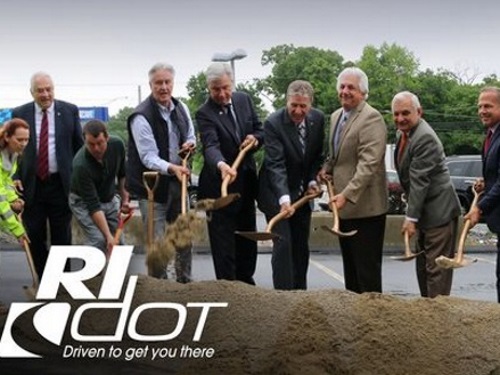 Governor Dan McKee (D) and Peter Alviti, director of the Rhode Island Department of Transportation, hosted a groundbreaking event with state and local leaders for its $196 million Route 146 Reconstruction Project – expected to wrap up in spring 2026 – as well as signal the start of its 2022 construction season.

RIDOT noted that more than 171,000 vehicles travel Route 146 between Providence and Worcester each day and the current intersection between Route 146 and Sayles Hill Road averages more than 85 crashes per year.

The agency added that Rhode Island’s congressional delegation secured a $65 million Infrastructure for Rebuilding America or INFRA discretionary grant in 2020 – the largest the state ever received – to help fund the Route 146 Reconstruction Project.

Route 146 is one of 60 projects RIDOT plans to work on this year – a slate of infrastructure initiatives valued at $1.8 billion. Fueled by an infusion of funds from the $1.2 trillion Infrastructure Investment and Jobs Act – enacted in November 2021 – RIDOT said it has accelerated about 100 projects within its 10-year transportation construction plan.

“In addition to large projects like this new one on Route 146 and the ongoing Route 6/10, Providence Viaduct, Washington Bridge, and Henderson Bridge projects, we will begin to address our deteriorated roadways,” RIDOT’s Alviti said in a statement.

He noted RIDOT is committing $92 million to paving projects in 2022 and $422 million over the next five years.

“We’ll take the same aggressive approach we utilized in the RhodeWorks program to fix our structurally deficient bridges and bring our long-neglected roadways into a state of good repair,” Alviti added.

Now in its seventh year, RIDOT’s RhodeWorks program has overseen 237 projects that include work on 359 bridges. In total RIDOT has completed 196 projects, valued at $3.1 billion, via the RhodeWorks initiative.