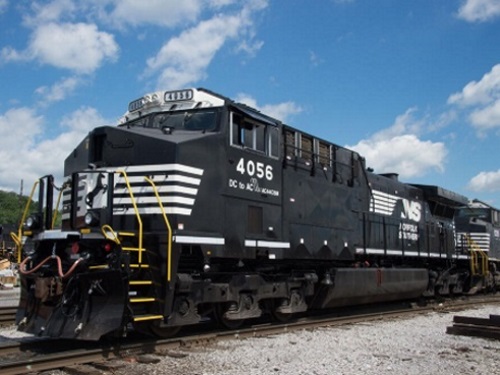 The deal follows a February announcement that both PennDOT and Norfolk Southern would jointly examine opportunities to eliminate chokepoints and improve Pennsylvania’s rail system to better permit freight and passenger trains to operate together.

“Rail is critical in Pennsylvania and I’m pleased that we’re moving quickly to deliver these long-needed improvements,” noted Governor Tom Wolf (D) in a statement.

Currently, the Pennsylvanian Amtrak service travels roundtrip between New York City and Pittsburgh via Harrisburg once daily. The new agreement between Norfolk Southern and PennDOT would increase that Pennsylvanian passenger service to twice a day.

To support expanded passenger operations, Pennsylvania plans to invest more than $200 million in infrastructure and safety improvements that Norfolk Southern will then build and maintain.

Over the past four months, PennDOT and Norfolk Southern collaborated to develop the operating agreement framework and finalized the improvements necessary to increase passenger-rail service on the Norfolk Southern-owned corridor between Harrisburg and Pittsburgh.

“This is an excellent example of the positive solutions that government and business can engineer by working side-by-side toward the same goal. Together, we are able to expand passenger rail access, while preserving a critical artery of our nation’s supply chain,” explained Norfolk Southern Chief Strategy Officer Mike McClellan. “This truly is a model for future public-private rail agreements.”

The Pennsylvanian is a key passenger rail route connecting the citizens of the Keystone State from east to west, and, in conjunction with the Capitol Limited, with Cleveland, Chicago and beyond.

The Pennsylvanian travels the Norfolk Southern Pittsburgh Line, which is part of the Premier Corridor, a main artery for double-stack intermodal traffic moving between Chicago and metropolitan New York.

It is one of the busiest and fastest links on the Norfolk Southern network, the company said, connecting with major terminals in Toledo, Cleveland, Pittsburgh, Harrisburg and the Lehigh Valley.

In a typical year, Norfolk Southern said more than half of its time-sensitive parcel and less-than-truckload shipments use the route at some point. The company’s trains deliver or pick up freight at 140-plus stations along the corridor, serving more than 800 customers.

The AASHTO Rail Resource Center or ARRC continually updates that survey – called the “Projects in the Pipeline Survey” – as projects receive approval and funding support.

Further details on state rail investments are available as part of the AASHTO annual “Survey of State Funding for Public Transportation Report,” which is available for purchase via the online AASHTO Store.

NCDOT on Pace to Collect Record Amount of Litter in 2021