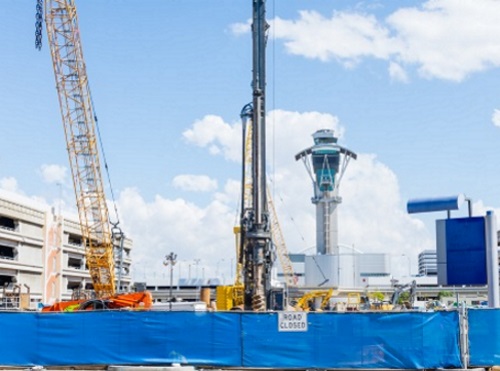 The Federal Aviation Administration recently issued $371 million for airfield, safety and other improvement projects at 169 airports in 40 states nationwide through the third round of funding via the 2022 Airport Improvement Program or AIP.

The agency said its AIP initiative funds a variety of projects such as construction of new and improved airport facilities, repairs to runways and taxiways, maintenance of airfield elements like lighting or signage, and the purchase of equipment needed to operate and maintain airports.

“Airports play a tremendous role in local economies across the country, large and small, and as we emerge from the pandemic there is enormous demand for air travel,” explained U.S. Department of Transportation Secretary Pete Buttigieg in a statement.

To date, the FAA said it has awarded a total of $1.5 billion of the $3.2 billion total funding available in fiscal year 2022.

State departments of transportation play a critical role in delivering infrastructure investment for airports, which in turn provides a range of economic benefits. For civil aviation, states directly supported four million jobs and generated $850 billion in total economic activity according to a 2020 report by the FAA.

“Aviation is a pillar of our state. Its importance to our economy cannot be overstated,” said Illinois DOT Secretary Omer Osman in a statement.