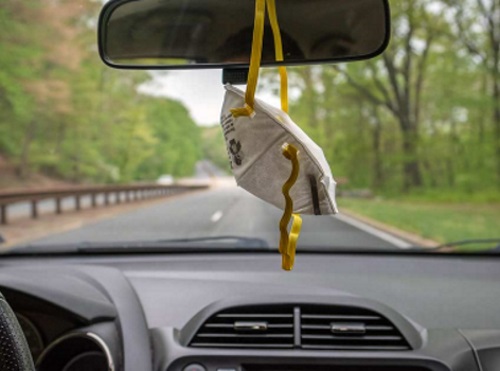 According to a new study compiled by the Insurance Institute for Highway Safety, speeding by motorists increased during the morning and afternoon commuting hours in the early months of the COVID-19 pandemic and never slowed down.

[Above photo by the IIHS]

As part of its efforts to learn how COVID-19 pandemic lockdowns affected driving behavior, IIHS researchers analyzed data from more than 500 Virginia Department of Transportation speed counters and compared the proportion of vehicles exceeding the speed limit by at least 5 mph and 10 mph from March through June 2020 with the same four-month period in 2019.

They then estimated the change in the proportion of drivers speeding by the time of day, day of the week, and type of roadway.

Overall, traffic volumes at the study sites fell by a quarter during Virginia’s lockdown — which began with the closure of select businesses, such as restaurants, in mid-March 2020 and then culminated with a statewide stay-at-home order that lasted until the middle of May.

Over the same period, the proportion of vehicles exceeding the speed limit by 10 mph or more increased by 30 percent to 40 percent on all roads other than rural arterials, where there was little change.

Those numbers suggest that the absence of rush-hour traffic prompted drivers to speed. IIHS researchers added that national statistics show that this behavior stuck around even after traffic returned to pre-pandemic levels. Higher travel speeds persisted throughout 2020 and 2021, and other forms of risky driving also became more common.

As a result, crash deaths increased by 7 percent in 2020 despite a dramatic decrease in the number of miles Americans drove. Fatal crashes involving speeding or alcohol and deaths of unbelted vehicle occupants saw particularly large increases, according to National Highway Traffic Administration data.

The number of passenger vehicle drivers involved in fatal crashes in which all three factors played a role rose by a fifth, while the number of 18 to 20-year-old drivers killed with a blood-alcohol concentration of 0.08 percent or higher soared 40 percent.

Those findings dovetail with a new report issued by national transportation research nonprofit TRIP in late June, which noted that traffic fatalities in the U.S. surged by 19 percent from 2019 to 2021, even as vehicle travel rates plummeted due to the COVID-19 pandemic.

TRIP’s report – entitled “Addressing America’s Traffic Safety Crisis: Examining the Causes of Increasing U.S. Traffic Fatalities and Identifying Solutions to Improve Road User Safety” – said that spike in traffic fatalities is largely related to higher rates of “risky driving” behaviors, such as speeding and impairment due to alcohol and/or drug use.

State departments of transportation all over the country recognized the negative safety implications of the speeding spiked early on in the COVID-19 pandemic and have sought ways to reverse it over the last two years.

A recent example is the “It’s Not a Game” a multimedia safety campaign launched in June by the Illinois Department of Transportation.

Meanwhile, Maryland’s Motor Vehicle Administration – a division of the Maryland Department of Transportation – participated in a pilot test of a combination of enforcement, engineering, and public outreach efforts to reduce speeding.