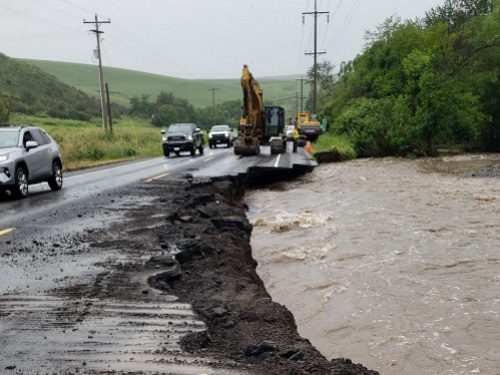 Starting in early June, extreme moisture, runoff, and flooding caused by heavy rains inflicted significant damage on transportation infrastructure in the North Central and Northeast regions of the state, as well as creating dangerous travel conditions.

As a result, Governor Brad Little (R) issued a disaster declaration on June 22 to assist with response and repair efforts.

FHWA’s said its “quick release” funds will go toward emergency repair work and operations to maintain traffic flow in those areas of Idaho affected by the flooding. Damaged roads include US-95, Gifford-Reubens Road, Southwick Road and Webb Road in Nez Perce County as well as Toll/Clear Creek Road in Idaho County.

“[This] funding represents a down payment on our federal commitment to ensuring roads and bridges in Idaho damaged by the flooding are repaired as quickly as possible,” noted FHWA Deputy Administrator Stephanie Pollack in a statement.

“The flooding has interrupted daily life in communities in the region, and we hope that by restoring vital transportation links people can regain a sense of normalcy,” she added.

“We are working hard to have two lanes open with an asphalt surface as soon as we can,” noted ITD Operations Engineer Jared Hopkins in a separate statement. “Then we’ll start focusing on more permanent repairs later this summer.”