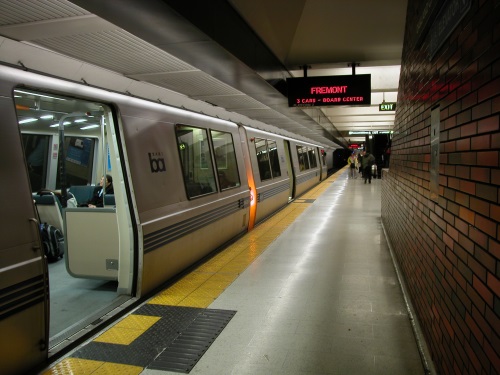 The Federal Transit Administration is providing $1.75 billion to make it easier for people with disabilities to board at some of oldest rail public transportation systems across the country.

The funding aims to help various public transit agencies retrofit subway stations so people who need an elevator or ramp – including people who use wheelchairs or have limited mobility – can still reliably access the rail systems serving their communities.

“While our country has made enormous progress in the three decades since passing the Americans with Disabilities Act, too many people with disabilities still don’t have access to reliable public transportation,” said Pete Buttigieg, secretary of the U.S. Department of Transportation, in a statement. “We are modernizing some of our oldest public rail stations and ensuring that more Americans count on our transit systems to get where they need to go.”

[Editor’s note: During an event held in recognition of the ADA’s 32nd anniversary, USDOT announced the winners of its $5 million Inclusive Design Challenge, a competition focused on innovative designs to enhance mobility options for people with physical, sensory, and cognitive disabilities and to provide equal access to automated vehicles. For more information about that contest, click here.]

That funding will come from the FTA’s All Stations Accessibility Program or ASAP – a new discretionary grant program created by the $1.2 trillion Infrastructure Investment and Jobs Act enacted in November 2021. That ASAP ensures that those relying on rail systems “can get to work and school, be less dependent on vehicles, save money, and reduce greenhouse gas emissions,” FTA said.

The agency pointed out that “inaccessibility” is a significant hurdle for riders using rail systems built before 1990, known as “legacy” transit systems.

State departments of transportation are assisting in ADA-related upgrades to transit facilities, where applicable to their areas of operations.

For example, in conjunction with the Rhode Island Department of Transportation, Amtrak recently completed ADA-related improvements to the Westerly Rail Station in Westerly, RI.

According to a statement, those upgrades include two new elevators, an accessible pathway to and from the public right-of-way, two handicap-accessible parking spaces, and a sloped walkway for accessing the platform. Modified handrails and guardrails, along new ADA-compliant signs, are now also in place throughout the station.

Construction on those improvements began in March 2019, utilizing more than $9 million of federal funds that Amtrak receives from annual appropriations of Northeast Corridor and National Network federal grants for ADA compliance activities.