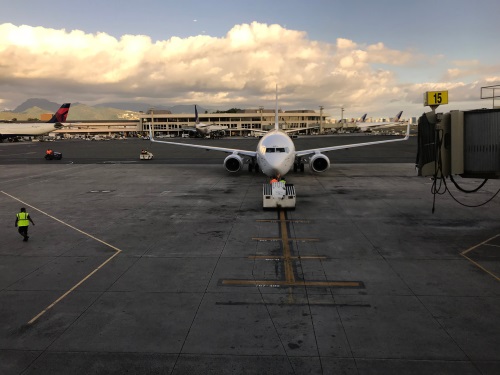 The National Renewable Energy Laboratory or NREL is working to provide what it calls “integrated analysis” to the Federal Aviation Administration to help that agency create safety standards as well as efficiency and resiliency rules for airport infrastructure as electrified aircraft models are developed and deployed.

As new models of electrified aircraft come online, NREL said the federal government – and particularly the FAA – would continue to play a critical role in certifying airworthiness and promoting safety in the skies and on the ground.

NREL said as part of its analysis for FAA includes assessing a “selection” of U.S. airports to determine solutions for implementing electrical infrastructure at scale, with a focus on energy efficiency, cost savings, and resilience.

“We asked, ‘who is evaluating the infrastructure for electrified flight?’” said Scott Cary, NREL’s lead for various sustainable aviation initiatives, in a statement. “We are now digging into that component so the FAA can provide the guidance airports need if they choose to be an early adopter.”

Multiple electric aircraft are currently in certification, with targeted markets of cargo, passenger, and special purpose needs over short distances. Many take off and land without a runway, like helicopters, and some are preparing for pilotless operation.

While FAA plans to provide safety guidance for the planning and design of landing areas and on-the-ground aircraft support infrastructure, the agency noted that the design of most airport electrical systems does not support the “megawatt-level charging” needed to meet the energy needs of electrified aircraft.

“The FAA is researching the infrastructure needs of these unique aircraft,” said Wesley Major, an FAA airport research specialist. “NREL’s analysis of airport infrastructure is a critical component in this strategy.”

Aside from charging services and safety, NREL’s study will measure associated factors such as the growth potential for jobs supporting the advanced air mobility, particularly in underserved areas, and the reduction in greenhouse gas emissions. This comprehensive understanding will enable ambitious energy-saving goals and illuminate pathways to transition legacy systems to support next-generation aviation.

For example, many aviation hubs – particularly in rural areas – are located at the end of the distribution lines where power supply is already limited, NREL’s Cary noted.

“The question is if you bring a new energy load into a community, can you bring in a source of generation with it?” he said. “Smaller airports may receive two scheduled flights per day. That aircraft could recharge using on-site generation or generation on adjacent land leased to an energy provider, and for the remainder of the day those resources are making the local grid more stable. It establishes energy closer to where people are using it and connects communities.”

NREL said its analysis would use data from real airports and generic specifications of aircraft currently in certification. Site assessments will identify recommended locations for charging and scenarios for providing energy, including integrating various mixes of energy storage and generation.

NREL’s analysis for the FAA plans to examine the likelihood and effects of disruptions such as lightning, a power surge, water or debris, cord damage, and many other possible events, and the mitigation measures that limit the risk and impact.

A high-level cybersecurity assessment will inventory possible risks and draw on NREL’s past research in the cybersecurity of extreme fast-charging stations for electric cars and trucks.