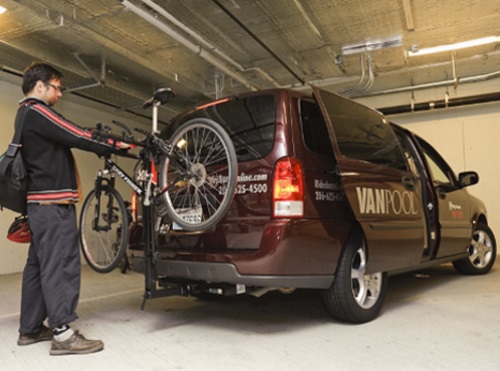 The American Association of State Highway and Transportation Officials recently commented on a request for information issued by the Federal Transit Administration on July 19 regarding a waiver of “Buy America” rules for passenger vans and minivans used in vanpool programs.

Under FTA’s proposal, in lieu of applying the “Buy America” rolling stock standard to those vans and minivans, the agency would require the vans and minivans to have their place of final assembly and engine country of origin in the United States as reported under the American Automobile Labeling Act.

AASHTO said in its August 2 comment letter that it “appreciates FTA’s approach for non-ADA accessible vans and minivans, which are critical for vanpool/rideshare programs. Additionally, we appreciate FTA’s acknowledgement of the difficulties associated with procuring this class of transit vehicle that complies with Buy America’s 70 percent domestic content requirement.”

The organization noted that those types of transit vehicles are hard to come by due to ongoing supply chain issues that began during the COVID-19 pandemic, forcing many state departments of transportation to experience shipment delays and/or cancellation of statewide vehicle procurements.

AASHTO went on to note that vanpool programs are “critical connectors” in rural and small urban communities, using small non-ADA vehicles to transport about six or less adults per vehicle to and from employment centers.

“We strongly support expanding vanpool programs as one among the many multimodal transportation options available to employers and individuals and as a significant strategy to help improve our nation’s economy,” AASHTO stressed in its letter.

“This proposed partial general non-availability waiver can contribute to reducing congestion by encouraging shared commutes,” the organization said. “With this partial general non-availability waiver, we are confident that state DOTs and their transit sub-recipients will work together to procure the right types of vehicles that will benefit public transportation in rural and small urban communities.”

In addition, AASHTO is currently seeking input from its state DOT members for a separate FTA request filed on July 28 for information regarding construction materials used in federal financial assistance projects for transportation infrastructure in “Build America, Buy America Act” section of the $1.2 trillion Infrastructure Investment and Jobs Act or IIJA .