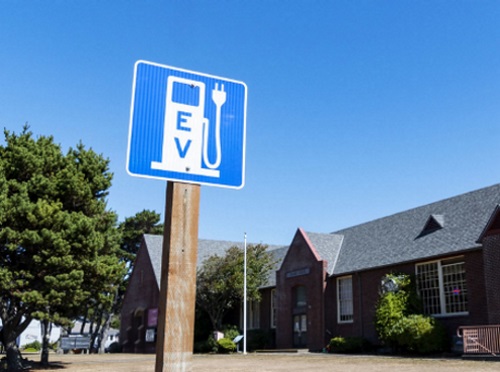 The U.S. Department of Transportation and Department of Energy announced on August 2 that all 50 states, the District of Columbia, and Puerto Rico submitted electric vehicle or EV infrastructure deployment plans required to unlock the first round of $5 billion in formula funding provided through the $1.2 trillion Infrastructure Investment and Jobs Act or IIJA.

That infrastructure funding – available over the next five years via the National Electric Vehicle Infrastructure or NEVI formula program created by the IIJA – will help states build out a national charging network that is critical for the adoption of EVs on a wider basis, explained USDOT Secretary Pete Buttigieg.

“We appreciate the thought and time that states have put into these EV infrastructure plans, which will help create a national charging network where finding a charge is as easy as locating a gas station,” he said in a statement. “We will continue to work closely with all 50 states, D.C. and Puerto Rico to ensure EV chargers across the country are convenient, affordable, reliable and accessible for all Americans.”

“It’s pretty incredible that, in just 10 months since the IIJA was signed into law, states developed and submitted these detailed EV charging network plans,” noted Jim Tymon, executive director of the American Association of State Highway and Transportation Officials.

“Understanding all the infrastructure work involved and figuring out who to partner with from both a public- and private-sector perspective took a lot of work,” he said. “States worked with each other as well, sharing insights and expertise across a range of areas. We have to remember that some states were nearly starting from scratch when it came to developing their EV plans.”

The USDOT and DOE are coordinating their EV support efforts through the Joint Office of Energy and Transportation, which – in coordination with the Federal Highway Administration – will review those state plans, with the goal of approving them by September 30.

Once approved, state departments of transportation will be able to use NEVI formula program funds to build out EV charging infrastructure in their respective areas.

Those efforts dovetail with a memorandum of understanding or MOU signed in February between AASHTO, the National Association of State Energy Officials, USDOT, and DOE to coordinate nationwide investment in EV charging station infrastructure.

“Many state DOT’s have found success in their own EV charging infrastructure programs and know first-hand that collaboration between state energy offices and other agencies is instrumental to success,” noted AASHTO’s Tymon regarding that MOU.

In line with that agreement, the Joint Office of Energy and Transportation issued $1.5 million to AASHTO and NASEO in late July to help coordinate EV infrastructure deployment at the state level. That funding will allow AASHTO and NASEO to update and expand the content on the EV Clearinghouse website created for state agencies, while also: