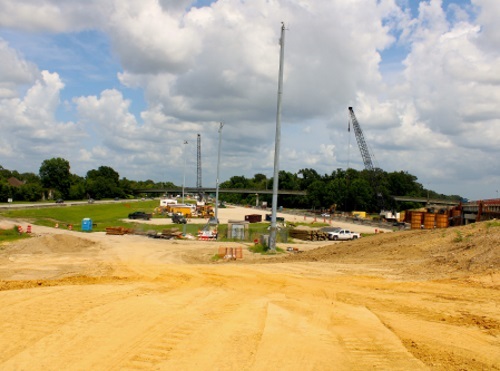 What does a transportation chief do when a group of self-described tree-huggers publicly expresses unhappiness that your highway project will wipe out a grove of oak trees the group planted decades ago?

If you are Dr. Shawn Wilson, secretary of the Louisiana Department of Transportation and Development, you recognize the conflict as an opportunity to highlight your department’s environmental improvement capabilities – especially in terms of supporting efforts to preserve and plant more trees.

“They weren’t happy about having to remove their trees,” Wilson said of Baton Rouge Green, a non-profit organization that manages and maintains more than 4,200 trees along 23 highways in the city. “But we knew it was important to get allies in this effort, and it was an opportunity for us to partner better.”

Wilson – who also serves as the 2021-2022 president of the American Association of State Highway and Transportation Officials – said this specific design-build project seeks to realign the merger of interstates 10 and 12 in Baton Rouge.

That merge point is the busiest transportation spot in the city, handling 178,000 vehicles a day.

The highway project requires the removal of 256 trees that Baton Rouge Green planted in 2000.

However, instead of simply noting Baton Rouge Green’s opposition to the tree removals during the environmental phase, Wilson invited its executive director – Sage Roberts Foley – to the table. They discussed the design and construction needs of the project, alongside the environmental and financial value of the trees. During the partnering session, each group came to understand the other’s point of view.

“It’s an interesting dynamic,” Roberts Foley explained. “We’re all coming from a technical perspective. We all realize we’re coming from our own area of knowledge, but everybody respects everybody.”

Wilson said the partnership also has reinforced his belief that natural elements – plants, wildlife, and water – must be a bigger part of infrastructure projects.

Trees not only beautify an area, they are workhorses in the battle against carbon dioxide, absorbing about 48 pounds of carbon dioxide or CO2 per year. As the average passenger car emits more than 10,000 pounds of CO2 a year, it takes more than 200 mature trees to eliminate the CO2 emissions of one passenger vehicle.

While trees do not solve the climate change problem, they may be the most popular answer. A May 2022 Pew Research poll found that 90 percent of Americans favor a World Economic Forum movement to plant one trillion trees by 2030.

“We enjoy this quality of life because we have trees to support us,” Roberts Foley said. “They’re doing all this work – trapping carbon, lowering temperatures.”

Eventually, Louisiana DOTD and Baton Rouge Green arrived at an acceptable solution for both groups. For every tree removed from the Baton Rogue highway project, the department plans to pay for two trees to be purchased, planted, and maintained. Roberts Foley said her group would invest in live oak, cypress, and magnolia trees, all of which are native species.

Roberts Foley credited Wilson for reaching out to her group and creating the partnership in the first place.

“There’s no law or rule that says we have to work together on this,” she said. “He’s stepping out into a space that no one said he has to, and he’s allowed us to have access to his leadership to change a few paradigms instead of just starting over every 20 years.”

Wilson, called the partnership “a win, win, win…because we are increasing our capacity with a safer, more attractive, and climate-sensitive infrastructure.” However, he also signaled that this is not a one-off concession but the beginning of a new way of doing business.

“We have to make this part of our own process,” he said. “I told my team, ‘This isn’t the last time we’re going to plant trees.’”