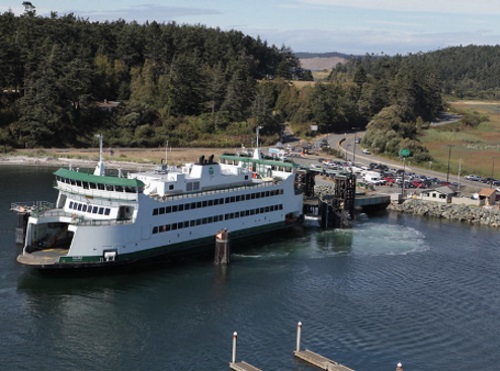 FHWA said in a statement that the IIJA provides $912 million in formula funding over five years through its Ferry Boat Program, more than doubling the amount provided under the 2015 Fixing America’s Surface Transportation or FAST Act.

It also expands eligibility that can include ferry maintenance facilities and the purchase of transit vehicles such as buses and shuttles used exclusively to transport passengers as an integral part of an intermodal ferry trip.

The funding can also support capital improvements to existing ferry operations, which could increase the number of riders, relieve congestion, or address environmental or significant operational concerns, FHWA added.

The FHWA added that its Ferry Boat Program supports terminal and vessel projects that provide critical access to areas that lack other means of transportation where high passenger demand already exists.

FHWA distributes that funding to state departments of transportation based on a formula contained in law, with that money then allocated to individual ferryboat operators based on eligibility.