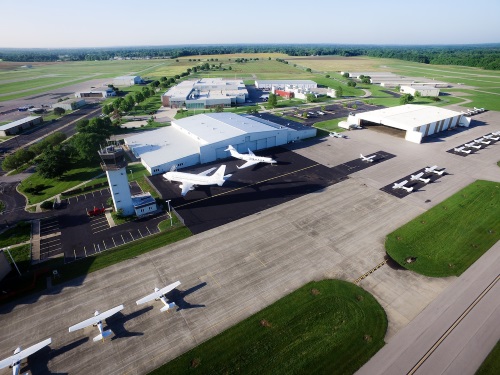 The Illinois Department of Transportation recently released a new Illinois Aviation System Plan, identifying the short- and long-term needs and goals of the state’s airports and marking the first comprehensive study of its kind in more than 25 years.

[Above photo by Southern Illinois Airport]

The report analyzed 85 public-use airport facilities, 81 of them public and four of them private. Using Illinois DOT’s Long-Range Transportation Plan as a guide, the Illinois Aviation System Plan focuses on individual airports and the aviation system as a whole, looking at ways they can support economies throughout the state, improve quality of life and boost mobility.

Among the findings: 81 percent of state residents live within 30 minutes of an airport with instrument flight capabilities: passenger enplanements are expected to grow by 49 percent – or 77.8 million – by 2039; and half of Illinois airports are less than a mile from a major road while 88 percent are within two miles of one.

This plan – last conducted in 1994 – follows the release of Illinois DOT’s Illinois Aviation Economic Impact Analysis in December 2021, which found that the state’s airports annually contribute $95.5 billion to the state’s economy and support an estimated 492,768 jobs.

“Aviation is one part of a diverse, multimodal system of transportation that connects Illinois to the rest of the world and gives us a competitive edge unlike any other state,” said Illinois DOT Secretary Omer Osman in a statement. “The new Illinois Aviation System Plan gives Illinois DOT and our local partners a blueprint for how airports can help rebuild Illinois.”