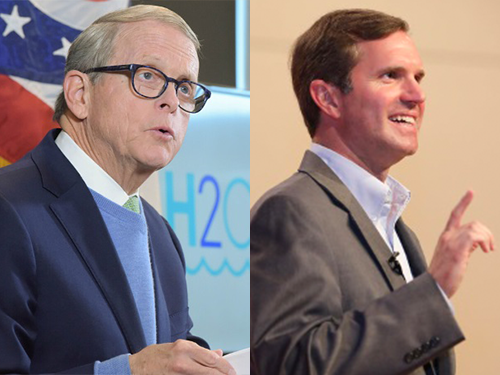 This latest funding request is through the Bridge Investment Program, which follows a previous funding request made in May through the Multimodal Projects Discretionary Grant Program. Those two states noted in both of their joint applications that they need $1.66 billion in federal grant funding for this project, regardless of which discretionary grant program awards funds to the project.

The Brent Spence Bridge Corridor project seeks to address the second-worst truck bottleneck in the nation by improving safety and travel on the interstate connection that carries more than $700 billion worth of freight annually.

In addition, the project will improve access to the central business districts of Cincinnati, Ohio, and Covington, Kentucky, while supporting local businesses and underserved communities in historic neighborhoods on both sides of the river.

[Editor’s note: Even as the Kentucky Transportation Cabinet works on this joint bridge program, it is heavily involved in debris removal and infrastructure repairs in the wake of massive flooding in the eastern portion of the state.]

The recently revamped joint corridor plan agreed to by both states calls for the construction of a companion bridge to the west of the existing Brent Spence Bridge, as well as improvements to the current bridge and the roadway network tying into each river crossing.

Ohio and Kentucky will share the cost of the new bridge equally, and each state will be responsible for the needed work on its side of the river, the governors said.

The governors added in a statement that they are applying to multiple grant programs to give themselves “the best chance” of receiving maximum funding.

“The time for us to act is now,” said Gov. Beshear. “Kentucky and Ohio are working with our partners to ensure we have the funding we need to complete improvements along the Brent Spence Bridge corridor. There is a tremendous sense of urgency surrounding this project because we recognize how important it is for the people we serve. I want us to be able to break ground next year.”

“Now, more than ever, our national economy depends on the efficient movement of people, goods, and services on our federal Interstate System,” added Gov. DeWine.

“The Brent Spence Bridge Corridor Project is long overdue, and our residents deserve to have these highway infrastructure upgrades become a reality,” he said. “Ohio and Kentucky continue to work closely with our federal partners to secure the funding we need to invest in our future through the transformation of this critical corridor.”