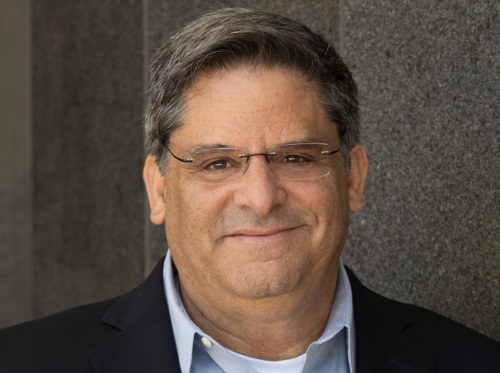 William “Bill” Panos (seen above) plans to step down as director of the North Dakota Department of Transportation effective September 9, citing family obligations in his home state of California. Ron Henke, the department’s deputy director of engineering, will then serve as interim director.

Governor Doug Burgum (R) appointed Panos as North Dakota DOT director in August 2019, in part due to his extensive leadership experience and long history of managing major infrastructure projects and large organizations – including his four-year tenure as director of the Wyoming Department of Transportation.

“Under Bill’s outstanding leadership, the department of transportation has made significant progress in many areas including traffic safety, strategic planning and improved access for constituents, especially to online services,” the governor said in a statement. “We are deeply grateful for his service.”

Sen. Kevin Cramer, R-N.D., the ranking member of the Senate Environment and Public Works Transportation and Infrastructure Subcommittee, also praised the work Panos did during his leadership of North Dakota DOT.

“He adeptly handled challenging transportation needs stemming from a growing population and he helped make the state competitive for [federal] grants we previously were left out of,” Sen. Cramer said in a statement. “I wish him and his family the best in this next phase.”

Panos previously served as the Wyoming DOT director from 2015 to 2019 and as director of the Wyoming Department of School Facilities from 2013 to 2015. Prior to that, he served for six years as director for the City and Port of West Sacramento, CA, and as construction executive for the state of Washington for five years.

His work experience also includes a stint as a state agency director for the Commonwealth of Massachusetts and special adviser to the chancellor for the California State University System.

Panos – who holds a bachelor’s degree in forensic science from California State University at Long Beach – also worked in the private sector for TRW Inc. for 10 years in its defense and automotive business units.

He has previously served as director of the agency’s office of operations director, office of project development director, as well as other various capacities including assistant engineer for planning and programming.

Henke earned his Bachelor of Science degrees in Construction Management and Construction Engineering from North Dakota State University in 1988 and 2001.

He is a registered professional engineer in North Dakota with a background in field construction, statewide operations (construction and maintenance), planning and programming of projects, budget, environmental document preparation, and plan development.

Henke is also a member the American Society of Highway Engineers and currently serves on the AASHTO Transportation Policy Forum and Council on Streets and Highways.