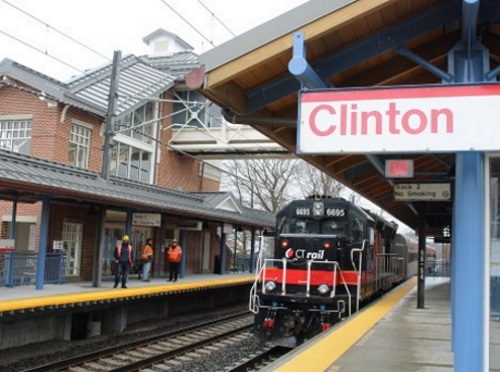 The Federal Railroad Administration awarded over $233 million to 11 projects in eight states via its State of Good Repair program to improve and modernize vital intercity passenger rail service.

[Above photo by CT Rail]

Those investments will help replace bridges and tunnels along the Northeast Corridor in New York, New Jersey, Maryland, and Connecticut, FRA said in a statement, with additional funding improving the safety, reliability, and sustainability of rail infrastructure in California, Michigan, and Massachusetts and make needed improvements Chicago’s Union Station, one of the busiest train stations in the Midwest.

FRA noted that the $1.2 trillion Infrastructure Investment and Jobs Act or IIJA enacted in November 2021 expands the funding, scope, and vision of its Intercity Passenger Rail program, beefing up fiscal support for that initiative $7.2 billion annually for the next five years.

That funding will not only help advance projects that expand and establish new intercity passenger rail services to more communities across the country, it will also retain its focus on upgrading existing services and will contribute more money for projects on the Northeast Corridor.

FRA noted it plans to make fiscal year 2022 State of Good Repair funds available through a notice of funding opportunity later this fall.

State departments of transportation receiving funds through this round of program disbursements include: