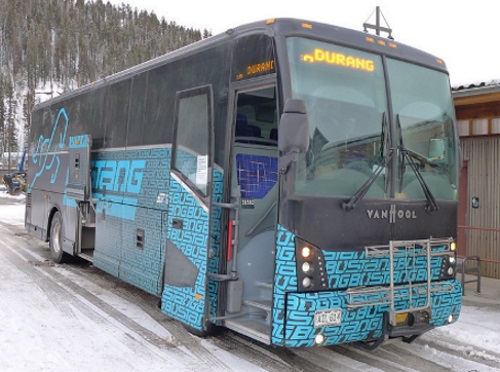 The transit services provided by the Colorado Department of Transportation along the I-70 mountain corridor – including its Bustang, Outrider, Snowstang, and newly launched Pegasus shuttle – received high marks from passengers in a recent survey.

Over 90 percent of the respondents to that survey – commissioned by the I-70 Coalition, a non-profit organization representing 28 local governments and businesses along Colorado’s I-70 mountain corridor – responded positively about safety, customer service, and the overall travel experience associated with Bustang and Snowstang bus service.

Additionally, according to the survey, possible ridership motivators for so-called “Front Range” travelers using the Pegasus shuttle service include more pickup and drop off locations (63 percent), more frequency (59 percent), and the ability to make reservations (56 percent).

While many Front Range survey respondents reported a lack of interest in transit because they preferred using their own vehicle (47 percent), a high percentage reported that they needed a vehicle once they arrived at their destination (39 percent) to get around.

“The reason we commissioned this survey was to get into the minds of I-70 users – both motorists and transit users alike,” said Margaret Bowes, executive director of the I-70 Coalition, in a statement.

“We wanted to understand the motivations behind using transit and how to encourage non-transit users to try one of the many options, like Pegasus,” she said.

“We want I-70 mountain corridor users to know that there are many ways to get to the mountains without a car, and a lot of great free options to use to get around once you arrive,” Bowes added.