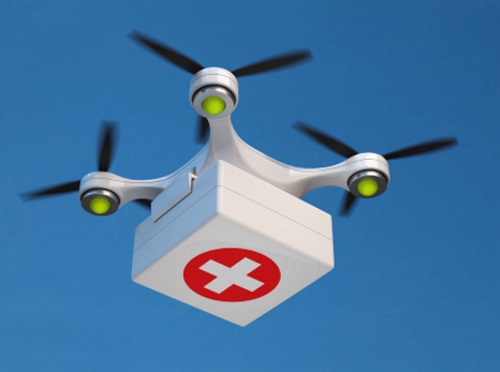 The Federal Aviation Administration recently awarded $2.7 million to five universities to support research on how drones can assist in disaster preparedness and in emergencies.

[Above image via the FAA]

The research will explore the use of drones in providing effective and efficient responses to different natural and human-made disasters. It will address coordination procedures among drone operators from federal agencies as well as state and local disaster preparedness and emergency response organizations.

“Every second counts in an emergency, and this funding will allow drones to safely and more quickly deploy in moments when minutes matter,” noted Billy Nolen, FAA’s acting administrator, in a statement.

This is the third round of Alliance for System Safety of UAS through Research Excellence or ASSURE grants, which brings the total to 20 grants valued at $21 million for fiscal year 2022.

FAA noted its ASSURE Center of Excellence is one of six that the agency has established to help advance technology and educate the next generation of aviation professionals. Research conducted through ASSURE is focused on helping the drone community safely grow and integrate into the nation’s airspace.

Concurrently, state departments of transportation are supporting similar drone research efforts, both on their own and in concert with the FAA, NASA, and other federal agencies.

For example, in February, the North Carolina Department of Transportation began testing a new ‘tethered drone’ system in conjunction with the agency’s highway patrol service to improve safety on North Carolina roadways.

Meanwhile, the Michigan Department of Transportation is one of several state agencies that is working work with the Ontario Vehicle Innovation Network or OVNI to explore operating small drones beyond the line of sight of a pilot for just-in-time deliveries, medical transport needs, and other “small-scale” deployments.

The aeronautics division of the Massachusetts Department of Transportation recently began working with drone provider Skyports to demonstrate how drone services could link communities across the Cape Cod region.

MassDOT said it is investigating the use of drones as a solution to connecting its remote communities to everyday services such as healthcare and logistics, and in particular is looking to develop a capability to provide emergency medical delivery after storms or other natural disasters.