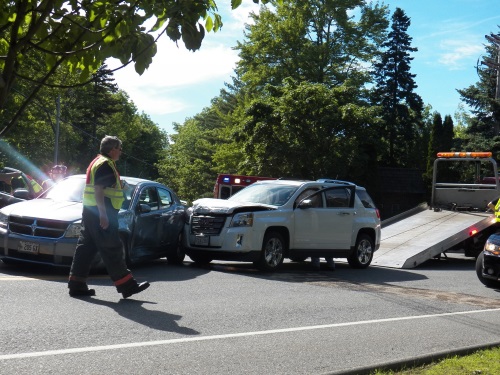 A new paper by the Insurance Institute for Highway Safety argues that state laws prohibiting motorists from holding or using a cell phone or similar electronic device while on a public road can reduce rear-end crashes.

In general, IIHS said states have taken two approaches to deal with the expanded potential of cell phones or similar electronic devices to increase distracted driving. Either they first attempt to enumerate all the forbidden operations or they draft broad prohibitions against holding or using a phone or similar device while in the driver seat on a public road.

Ian Reagan, a senior IIHS research scientist, led a team that examined crash rates in three states – Oregon, Washington, and California – that adopted the latter strategy to determine if such broad laws are having the intended effect.

Rather than look specifically at crashes attributed to distracted driving, which tends to be underreported in police records, Reagan noted in a blog post that his team examined how those laws impacted police-reported rear-end crash rates. Rear-end crashes were chosen because past research has shown that cellphone use is associated with a much larger increase in the odds of those crashes than any other type, he said.

Reagan’s team found that monthly crash rates per 100,000 people dropped substantially in Oregon and Washington after those states adopted laws against holding a phone while driving. However, California failed to achieve the same gains.

“The mixed results suggest that broader cellphone laws can work, but the specific wording and other factors like the severity of the penalties seem to make a difference,” Reagan said.

To determine how effective the changes were, IIHS researchers compared monthly crash rates between 2015 and 2019 with two control states, Colorado and Idaho, which already had texting bans in place but did not change their laws to prohibit other cellphone use.

IIHS also adjusted the study’s results to account for changes in the unemployment rate and vehicle miles traveled in all three states and the legalization of marijuana for recreational use in California and Oregon during the study period.

Taking those factors into account, the rate of police-reported rear-end crashes of all severities did not change in California with the broadening of its cellphone law. Crash rates dropped 8 percent in Washington following its legal changes, compared with Colorado and Idaho.

The researchers did not analyze the impact of Oregon’s new law on rear-end crash rates of all severities because that state changed its rules governing when police are required to report property-damage-only crashes during the study period.

However, compared with Colorado and Idaho, monthly rear-end injury crash rates dropped 9 percent in Oregon and 11 percent in Washington. California showed an increase of 2 percent, but that figure was not statistically significant.

The greater clarity of the Oregon and Washington laws, especially with regard to temporary stops, may partly explain their greater success, Reagan noted.

“Using plain, straightforward language to ban all hand-held cellphone use while driving, including simply holding a phone, may not only boost driver compliance but also make police more willing to issue tickets by making infractions easier to identify and less likely to be dismissed in court,” he added. “The presumption is that increased enforcement also results in greater compliance.”