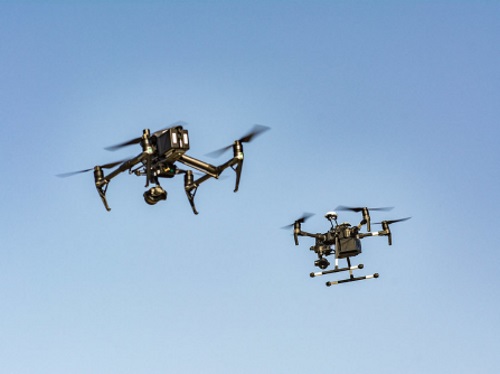 The Ohio Department of Transportation is playing a key role in developing technology to keep airspace safe for both “manned” and “unmanned” aircraft, while also establishing an advanced air mobility or AAM framework for autonomous aircraft operation statewide.

At low altitudes, detecting air traffic – including unmanned drones – with traditional radar is much more difficult due to the presence of ground obstructions such as trees, houses, cars, and other low-flying objects such as birds and insect swarms.

As a result, Ohio DOT’s Office of Statewide Planning and Research along with its DriveOhio division has been working with the Federal Aviation Administration, the Ohio Unmanned Aircraft Systems Center, and Ohio State University, and industry to develop and deploy a “detect and avoid” system.

That system would track drones as a “public service” and keep them from colliding with aircraft that operate at lower altitudes like medical helicopters or crop dusters, the agency said.

This new “Uncrewed Traffic Management” system includes three ground-based radar locations in central Ohio. A drone operator requests clearance to fly, as an aircraft pilot would; receiving permission to use the airspace from the FAA. Both drone pilots and manned aircraft pilots would be able to see each other and safely share the airspace.

“The future is now, and this is just the latest chapter in Ohio’s storied history of pioneering flight technology,” said Governor Mike DeWine (R) in a statement. “We have the ability, the knowledge, and the resources to be the top destination for this industry to thrive.”

An economic impact study found that over the next 25 years, advanced air mobility could benefit the Ohio economy to the tune of $13 billion, 15,000 additional jobs, and $2.5 billion in tax revenues, the agency said.

That underscores the needs for this new “uncrewed” aircraft management system as it provides affordable and reliable protections against airborne hazards for operators to fly beyond visual line-of-sight safely without ground observers, noted Jack Marchbanks, Ohio DOT’s director.

That dovetails with the reason why Ohio DOT’s DriveOhio division developed a new AAM framework for the state.

Gov. DeWine noted in a separate statement that this new framework captures the existing advanced aviation ecosystem, Ohio specific activities, route planning considerations, as well as recommendations for establishing “vertiports” to handle new types of aircraft as well as creating a strategic map for that state to support AAM industry.

Three use cases that have the potential to drive transportation efficiency and support a robust new aerospace industry in Ohio are: