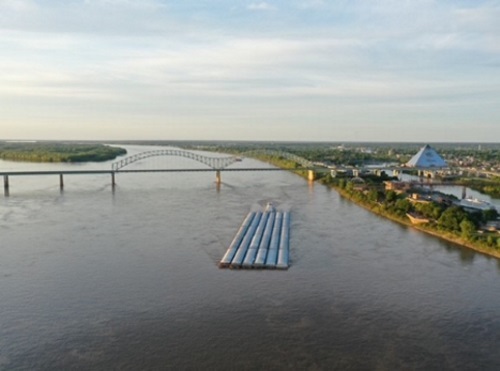 The Tennessee Department of Transportation is expanding its traditional role in the Mississippi River Delta Region from building and maintaining roads to include fighting litter, supporting tourism, and promoting economic development.

The Tennessee Delta Alliance or TDA, a partnership between Tennessee DOT and the University of Memphis, is the agency’s latest investment in West Tennessee and one which will “benefit generations to come,” explained Butch Eley, the agency’s commissioner, in a statement.

Tennessee DOT provided the university with a three-year, $676,000 grant to kickstart the partnership. Organizationally, the alliance will be part of the university’s Center for Regional Economic Enrichment, the agency said.

The plan is for TDA to eventually manage the roadway and promote economic development in the Delta counties, area that includes downtown Memphis and economically distressed rural communities, according to Michael McClanahan, transportation manager in Tennessee DOT’s highway beautification office.

“This is really innovative,” McClanahan said. “There are about 200 scenic byways, but this is the first one that will be a Keep America Beautiful affiliate.”

The road along both sides of the Mississippi River is a part of a 3,000-mile route from the Canadian border to the Gulf of Mexico. However, the Federal Highway Administration has only added certain portions of that road to its National Scenic Byways program. In 2021, the FHWA did designate the Tennessee portion of the route as an All-American Road for its historic and cultural intrinsic qualities.

The TDA is just getting started, McClanahan added, and is trying to hire an executive director to run the byway organization and appoint advisory council members from the counties along the river.

The TDA will be part of the Mississippi River Parkway Commission, a 10-state organization that works to preserve and enhance the cultural and historic aspects of the parkway areas, addresses environmental issues, coordinates marketing materials, and looks for ways to promote regional tourism through events and links to hiking and pedestrian trails.

This is but one of several Tennessee DOT initiatives aimed at helping clean up state waterways and improve aquatic ecosystems.

Additionally, in April 2021, the agency provided the Tennessee Aquarium grants to establish two new exhibits illustrating how microplastics and other roadside trash can negatively affect the health of the ocean as well as rivers, lakes, and streams.

The new exhibits – housed in the Aquarium’s “River Journey” and supporting the Tennessee DOT’s “Nobody Trashes Tennessee” litter reduction campaign – includes actual debris taken from the banks of the Tennessee River.