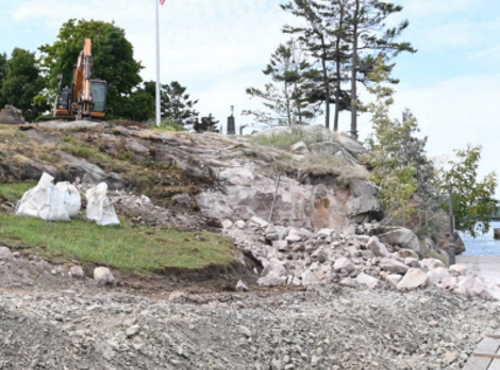 [Above photo via the NYSDOT]

The project, which includes improvements to sections of County Route 89 in the Town of Oswego, received nearly $1.3 million in funding to improve the drainage and enhance public safety by providing a safer roadway that does not require closure due to flooding.

The agency noted that, during the “historic” flooding that occurred in 2019, sections of County Route 89 roadway flooded – cutting off residents from their homes and forcing emergency vehicles to reroute.

As a result, then-Governor Andrew Cuomo (D) created the REDI program in the spring of 2019 to combat an “extended pattern of flooding” along the shores of Lake Ontario and the St. Lawrence River.

“By enhancing the resilience of our transportation network with strategic investments like this, we help keep people and goods on the move, despite the impacts of severe weather,” noted NYSDOT Commissioner Marie Therese Dominguez in a statement.

Other state departments of transportation are also involved in a range of flood-mitigation efforts.

For example, in May, the North Carolina Department of Transportation activated a new flood-warning system that relies on a network of 400 river and stream gauges to help analyze, map, and communicate in real-time any flood risks to roads, bridges, and culverts.