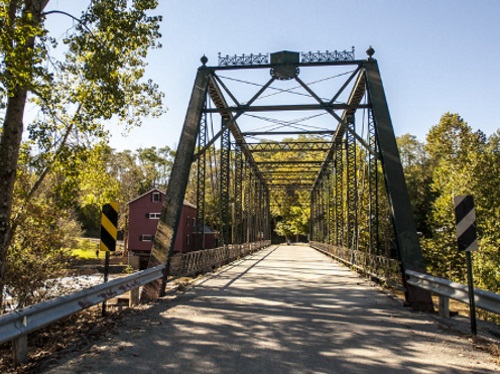 The Ohio Department of Transportation is now accepting applications for its Local Major Bridge Program, which provides federal funds to counties and municipalities for bridge replacement, bridge rehabilitation, and bridge demolition projects.

In April, Governor Mike DeWine (R) announced that more locally owned bridges would be eligible for funding as part of this program. Modified program requirements opened eligibility to 238 bridges, up from 54. During the current funding cycle, the program will pay up to 95 percent of the construction and engineering costs for major bridge projects with a cap of $20 million.

“Expanding the number of eligible bridges in this program gives more communities the opportunity to seek assistance with expensive repairs,” the governor said in a statement. “Ensuring that Ohio bridges are safe now and into the future is our goal and this program helps accomplish that.”

Completed online applications are due by October 1, with the projects receiving funds announced by January 2023.

First, the commission awarded a total of $6.8 million to support 12 local bridge projects through the federal bridge program managed by the South Dakota Department of Transportation.

“The action by the Transportation Commission reinforces the need for an interconnected transportation system and we are thankful for these federal dollars that will go toward improving the overall condition of bridges within the state,” noted Mike Behm, the agency’s director of planning and engineering, in a statement. “These awards are a significant portion of nearly $40 million planned for local government bridge projects this year.”

Established in 2015, South Dakota’s BIG program sets aside $7 million per year from funds generated by license plate fees to repair and replace aging local bridges. The commission added an additional $26 million to the program in 2022, making over $33 million available.

Local governments are required to pay a minimum of 20 percent matching funds and have three years to expend the grant, noted South Dakota DOT, while counties must have a wheel tax and a five-year Highway and Bridge Improvement Plan to receive a grant.

“The BIG program continues to be crucial for the preservation, rehabilitation, and replacement of local government structures,” said Joel Jundt, secretary of the South Dakota DOT, in a separate statement.

“The goal [of this program] is to enhance the overall condition of these critical assets that South Dakotans are dependent upon each and every day,” he added. “These structures provide the link that drives the interconnectedness of our state’s overall transportation system; while enhancing statewide economic development overall.”

Missouri and Maine are also taking steps to increase and improve the flow of funds to local transportation projects, through their respective state DOTs as well.