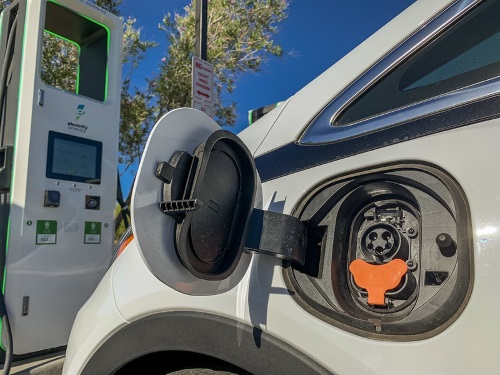 The Federal Highway Administration said it has approved 35 or more than two-thirds of the electric vehicle or EV infrastructure deployment plans submitted by all 50 states, the District of Columbia, and Puerto Rico in early August.

Those states with approved plans can now unlock more than $900 million in fiscal year 2022 and 2023 funding available through the National Electric Vehicle Infrastructure or NEVI formula program, FHWA said. The agency noted that the $1.2 trillion Infrastructure Investment and Jobs Act, enacted in November 2021, provides $5 billion in funds for the NEVI program over the next five years.

According to a statement, FHWA said state departments of transportation with approved EV infrastructure plans could start receiving reimbursement for construction costs and gain more options to use their NEVI funds for projects directly related to the charging of a vehicle.

The agency added that is working to approve the remaining plans as quickly as possible, reviewing them on a “rolling basis” until those approvals are finalized.

FHWA noted it is also working on related efforts to establish ground rules for spending NEVI funds. For example, the agency published a notice of proposed rulemaking on proposed minimum standards and requirements for NEVI funding in June and plans to finalize that rulemaking “expeditiously” following comments from industry stakeholders.

FHWA also proposed a “Buy America” waiver that would allow a short ramp up period for the domestic manufacturing of EV charging, which AASHTO commented on as well.