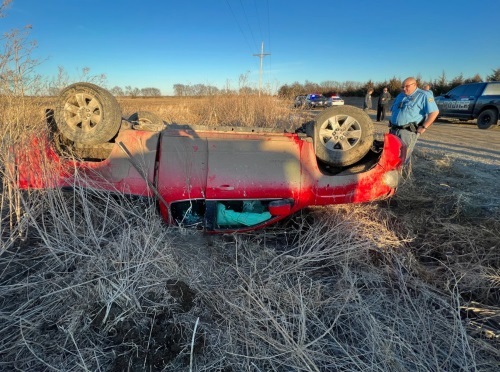 NHTSA noted that decline in traffic fatalities during the second quarter of 2022 is the first quarterly decline after seven consecutive quarters of year-to-year increases in fatalities that began in the third quarter of 2020.

“Although it is heartening to see a projected decline in roadway deaths in recent months, the number of people dying on roads in this country remains a crisis,” stressed Ann Carlson, NHTSA’s acting administrator, in a statement.

The agency also noted that, during the COVID-19 pandemic, a marked increase in fatalities and in the fatality rate began in 2020 and did not let up until the second quarter of 2022.

According to a study issued by the Insurance Institute for Highway Safety in July, speeding by motorists increased during the morning and afternoon commuting hours in the early months of the COVID-19 pandemic and never slowed down.

Those findings dovetailed with a report issued by national transportation research nonprofit TRIP in late June, which noted that traffic fatalities in the U.S. surged by 19 percent from 2019 to 2021, even as vehicle travel rates plummeted due to the COVID-19 pandemic.

TRIP’s report – entitled “Addressing America’s Traffic Safety Crisis: Examining the Causes of Increasing U.S. Traffic Fatalities and Identifying Solutions to Improve Road User Safety” – said that spike in traffic fatalities is largely related to higher rates of “risky driving” behaviors, such as speeding and impairment due to alcohol and/or drug use.

State departments of transportation all over the country recognized the negative safety implications of the speeding spiked early on in the COVID-19 pandemic and have sought ways to reverse it over the last two years.

A recent example is the “It’s Not a Game” a multimedia safety campaign launched in June by the Illinois Department of Transportation.

Meanwhile, Maryland’s Motor Vehicle Administration – a division of the Maryland Department of Transportation – participated in a pilot test of a combination of enforcement, engineering, and public outreach efforts to reduce speeding.

USDOT Opens Up $1B Pool of BUILD Grants