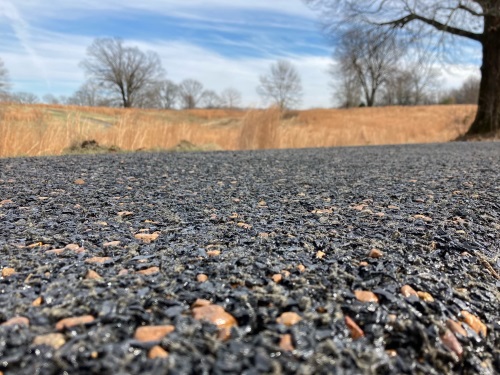 The Tennessee State Parks received the Project Excellence Award from the Society of Outdoor Recreation Professionals for its “Tires to Trails” conducted in collaboration with the Tennessee Department of Transportation, which uses recycled tires in the construction of recreation paths.

The Society of Outdoor Recreation Professionals presents this award annually to exemplary outdoor recreation projects and collaborating agencies and organizations who were key to the success. Selection criteria include unique or special circumstances; problem-solving function; level of innovation and creativity; impact or effect of a project; and collaborative team effort.

“This is a wonderful recognition of an outstanding program,” said David Salyers, commissioner of the Tennessee Department of Environment and Conservation, in a statement.

“We have seen great success with ‘Tires to Trails’ and the award is a tribute to all who have worked to make it successful,” he said.

Tennessee State Parks officials, along with those from the Tennessee DOT, cut the ribbon in June on a new hard-surface 2.5-mile-long pathway made from rubber crumbs derived from old tires at T.O. Fuller State Park in Memphis.

Volunteers and local contractors collected some 24,000 illegally dumped tires in the area around the park, transformed into “crumbs” by Patriot Tire Recycling in Bristol. That “crumb” material then went into the construction of the park trail.

This is but one of several environmentally focused projects involving the Tennessee DOT. The agency recently expanded its “traditional role” in the Mississippi River Delta Region from building and maintaining roads to include fighting litter, supporting tourism, and promoting economic development.