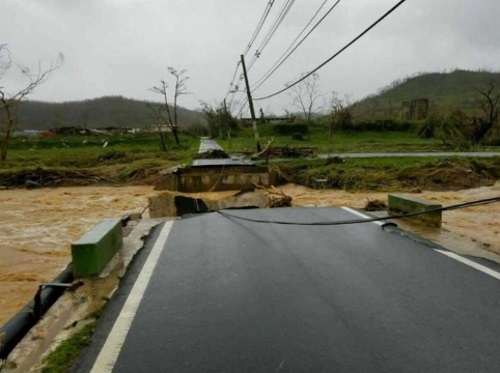 Hurricane Fiona made landfall in Puerto Rico on September 18, triggering massive flooding due to heavy rainfall combined with high winds.

The subsequent flooding caused large landslides and bridge collapses on main roads throughout the island, necessitating detour roads to establish access to isolated communities, along with structure repairs and scour protection. Early estimates indicate that damage eligible for federal funds will exceed $35 million.

“These emergency funds are a down payment to help Puerto Rico clear debris and reopen as many roads and bridges as possible, so citizens and emergency personnel can get where they need to go safely,” noted Pete Buttigieg, secretary of the U.S. Department of Transportation, in a statement.

In December 2021, Puerto Rico and the U.S. Virgin Islands were among 42 states and territories that shared in $1.4 billion worth of emergency relief or ER funds issued by the FHWA.

That money went towards facilitating recovery from nearly 200 different emergency events, including Hurricanes Irma and Maria in Puerto Rico; storms and flooding in Nebraska, Iowa, Kansas, California, Alabama, and Kentucky; and many others.