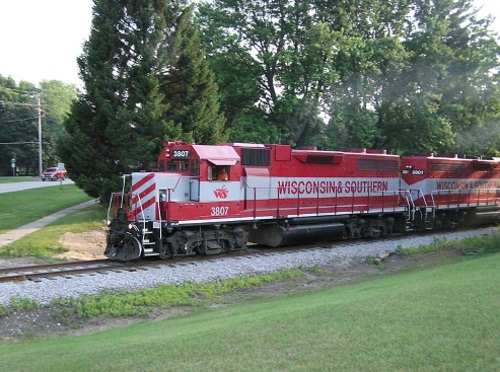 The grants are from the state’s Freight Railroad Preservation Program, which contributes up to 80 percent of project costs to help preserve freight rail service or rehabilitate track on publicly owned rail lines.

“Wisconsin’s economy relies on a robust network of roads, ports, and railways, and investing in our state’s transportation infrastructure, including our freight rail network, is a positive investment for the future of industry, our economy, and our entire state,” the governor noted in a statement.

“This round of grants will bolster how the state’s agriculture and paper industries move products from point A to B, supporting industry growth and success across the state,” Gov. Evers said.

“The movement of products and commodities is the lifeblood of our economy, affecting nearly every aspect of our lives,” added Wisconsin DOT Secretary Craig Thompson.

“Strategic investments that improve connectivity and efficiency of freight rail have a big impact on urban and rural communities all across the state,” he pointed out.

State departments of transportation across the country provide a variety of support, fiscal and otherwise, to both the freight and passenger rail industries in their respective areas.

In September, the Massachusetts Department of Transportation issued seven grants totaling over $3 million via the state’s Industrial Rail Access Program or IRAP.