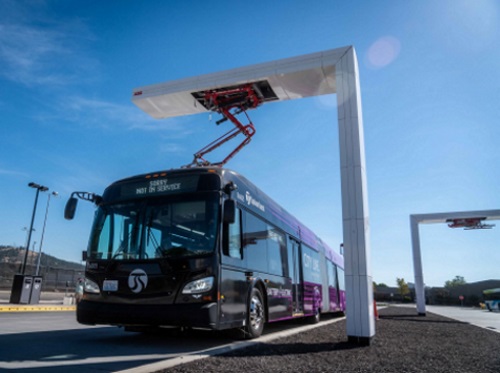 The U.S. Department of Transportation recently announced that it is increasing the loan limit under its Transportation Infrastructure Finance and Innovation Act or TIFIA credit program specifically for transit and Transit-oriented Development or TOD projects.

[Above photo by FTA]

“With its significant lending capacity, USDOT can play an integral role in supporting projects that make our transportation system more accessible, resilient and sustainable,” explained Morteza Farajian, executive director of the USDOT’s Build America Bureau in a statement.

“The Bureau team is ready to partner with project sponsors on effective and efficient concepts, provide technical assistance on innovative approaches, and support them through the loan approval process,” he said.

The borrowing cap adjustment for transit projects under the TIFIA loan program comes at a time when several state departments of transportation are expanding their transit development efforts.

“Identifying the best potential routes connecting riders to local, regional and statewide transit systems will not only benefit passengers, it will benefit the environment by reducing vehicle miles traveled and greenhouse gas emissions,” noted Amber Blake, director of the Colorado DOT’s Division of Transit and Rail, in a statement.

In June, the Maryland Department of Transportation and its regional partners – Baltimore City, Baltimore County, and Howard County – finalized the first phase of a feasibility study for the development of an East-West Transit Corridor for the region.

Spearheaded by the Maryland Transit Administration – a division of the Maryland DOT – this feasibility study is part of a 25-year Regional Transit Plan or RTP released in October 2020 that seeks to improve public transportation in Central Maryland.

On July 12, the Texas Transportation Commission awarded more than $68 million in federal and state funds to transit providers across the state. Combined with an award received in June, TxDOT is distributing more than $146 million in public transit funding – a 65 percent increase compared to funds approved in the summer of 2021.