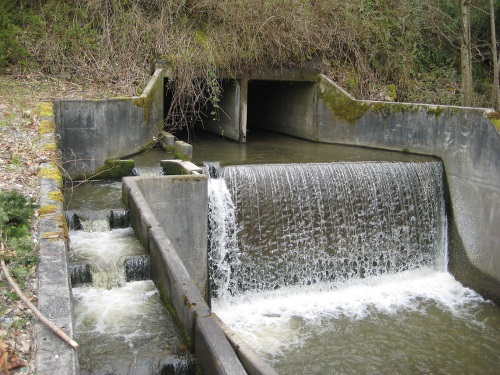 The Federal Highway Administration, along with the U.S. Fish & Wildlife Service and the National Ocean and Atmospheric Administration, recently made $1 billion in grants available over the next five years via a new “fish passage” program established by the $1.2 trillion Infrastructure Investment and Jobs Act or IIJA enacted in November 2021.

“Many tribal and underserved coastal communities depend on thriving fish populations for their livelihoods, and this program, which will remove, replace, and repair harmful culverts, will improve the natural environment and the economic wellbeing of Tribal, coastal, and low-lying communities,” said Stephanie Pollack, FHWA’s acting administrator, in a statement.

“[These] grants will both help restore fish populations and make roads more durable and resilient to climate events, creating cascading benefits for communities that rely on the fisheries economy,” she added.

The agency explained that barriers to freshwater migration are a major cause of declining populations of anadromous fish, which live primarily in the ocean, but return to freshwater streams to spawn. This fish passage program seeks to help remove or redesign culverts and “weirs” that create such barriers, allowing anadromous fish populations – including salmon, sturgeon, lamprey, shad, and river herring – to access freshwater habitats for spawning.

Tribes, state, and local governments can apply for a portion of the $196 million of fiscal year 2022 funding currently available through this new program via a notice of funding opportunity issued by FHWA on October 6.

Across the country, state departments of transportation regularly provide support to a wide variety of efforts aimed at protecting numerous wildlife species and their habitats – such as birds, pollinating insects, bats, cactus, and of course fish.

For example, the Arizona Department of Transportation recently illustrated in an April blog post how ‘biomonitor’ teams from Northern Arizona University or NAU helps the agency’s crews find and relocate endangered species – including snakes, birds and fish – from construction sites.

In terms of fish protection, the Washington State Department of Transportation went so far as to build an “engineered creek” to provide a better and safer avenue to spawning areas.

The engineered creek includes native vegetation, strategic bends, and elevation changes designed to support “every life cycle of fish,” WSDOT explained. It features places for fish to lay eggs and hide from predators, allowing the salmon to “naturally move” from fresh water to saltwater habitats and back again.