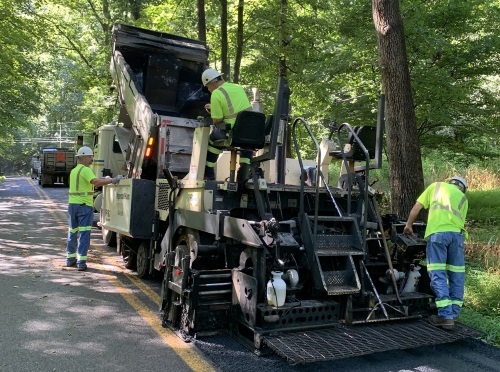 America’s rural transportation system is facing a $180 billion funding backlog in funding for needed repairs and improvements, according to a new report.

[Above photo by the WVDOT]

The biggest issues are high crash rates, along with inadequate connectivity and capacity, noted Dave Kearby, executive director of TRIP.

“The health of the nation’s economy and the safety and quality of life in America’s small communities and rural areas ride on our rural transportation system,” he explained in a statement.

“Providing the nation with a rural transportation network that supports rural America’s economy and will support its future development will require that the U.S. invest in a rural transportation system that is safe, efficient, and well-maintained, and that provides adequate mobility and connectivity to the nation’s rural communities,” Kearby said.

TRIP noted that America’s rural transportation system provides both the “first” and “last” link in the supply chain from farm to market; connects manufacturers to their customers; supports the tourism industry; and enables the production of energy and food.

The report also found rural residents are more reliant on the quality of their transportation system compared to their urban counterparts, with vehicle travel in rural communities averaging approximately 50 percent higher than in urban communities.

Other details from TRIP’s latest rural roads report include:

Several state departments of transportation are expanding on their ongoing efforts to increase investments in rural mobility efforts.

In September, as part of an update to its 10-year transportation plan, the Colorado Department of Transportation proposed to invest nearly $1 billion in rural roads as part of a long-term effort to “remake” the road network connecting smaller communities across the state.

During a tour in June of the Maine Western Gateways Project overseen by the Maine Department of Transportation, Governor Janet Mills (D) highlighted the importance of infrastructure investments in strengthening her state’s rural economy.

“The Western Gateways Project is the perfect example of how we can modernize rural infrastructure to ensure that our roadways are safe for people and strong for our economy,” the governor said. “This work … will strengthen the local economy, bolster the forest products industry, support tourism, and improve public safety.”

“The roads that are part of the Western Gateways Project are critical connections that support economic opportunity and quality of life in the villages in the western part of Maine,” added Bruce Van Note, Maine DOT’s commissioner.

“This is how investments in infrastructure can make real differences in the lives of the people who live, work, and recreate in our great state,” he said.