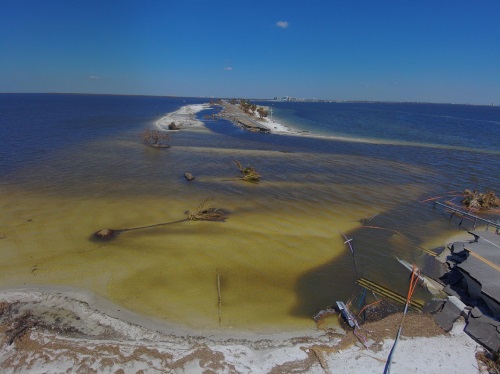 The Federal Highway Administration recently issued $50 million in “quick release” Emergency Relief or ER funds to the Florida Department of Transportation as a down payment to offset costs of repair work for damage caused by Hurricane Ian.

The FHWA added that Hurricane Ian, a Category 4 storm when it made landfall southwest Florida, generated storm surges in excess of 10 feet in many places and heavy rainfall for several days. The subsequent flooding damaged, washed out, and/or destroyed roadways, causeways, intersections, and bridges in places across the state.

In a separate statement, Florida DOT noted that agency crews and contractors completed emergency repairs of Sanibel Causeway in just 15 days, more than a week ahead of schedule; reconnecting the island community of 6,000 residents to the Florida mainland.

“The work that has been done to restore vehicle access to Sanibel Island has been historic,” said Governor Ron DeSantis (R). “Cutting through bureaucratic red tape and delivering on our promise to get Sanibel Island up and running has been a top priority. By restoring access over the causeway, repair crews, first responders, emergency vehicles, business owners and residents will be better able to expedite recovery from this storm.”

“I am grateful for our dedicated team members who quite literally built a road in the Gulf in 15 days,” added Florida DOT Secretary Jared Perdue.

“While the bridges were largely undamaged by the storm, portions of the causeway – which connect bridge structures together – were washed away by Hurricane Ian, leaving them unconnected to the mainland or the island,” he added.

“A project like this, under normal circumstances, could take months,” Perdue said. “Thanks to the hard work of hundreds of Florida DOT employees and contractors, we were able to relink Sanibel Island to the mainland.”