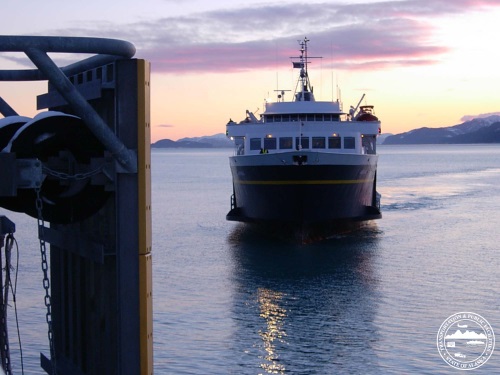 The Alaska Department of Transportation & Public Facilities and the City of Skagway recently agreed to develop new marine facilities for both the Alaska Marine Highway System (AMHS) as well as commercial and private marine businesses. The agreement between them includes preliminary design, engineering, and a feasibility analysis for the new facilities.

A proposed installation at Ore Peninsula would consist of an AMHS ferry berth, terminal building, vehicle staging area, parking, and associated facilities and related improvements, Alaska DOT&PF said. The City of Skagway is also interested in the development of a new ferry facility at Ore Peninsula to replace a current aging dock threatened by ongoing cliff erosion.

“This project moves us closer to the goal that our vessels can be used interchangeably throughout our AMHS network,” he noted.

This project closely aligns with DOT&PF’s “Charting the Course” initiative, the agency added, which supports the long-term health of Alaska coastal communities as part of the AMHS recovery plan.

It also fits within the strategy Anderson and Governor Mike Dunleavy (R) unveiled in December 2021 to “re-energize” the AMHS.

That plan includes the purchase of an ocean-class vessel to replace the 57-year-old Tustumena ferry – a replacement vessel that could cost between $200 million and $250 million. The new ferry – expected to begin service in 2027 – would feature 40 percent more capacity compared to the Tustumena or “Tusty” vessel, able to carry 52 vehicles and 250 passengers.

In a related effort, in May, the Alaska DOT&PF joined forces with the Southeast Conference on a research project to develop low-emission ferry vessels.

Alternative fuel powered, low emission, and electric ferries could be a “game-changer” for the AMHS, the agency said, as it starts replacing aging ferry vessels in upcoming years.