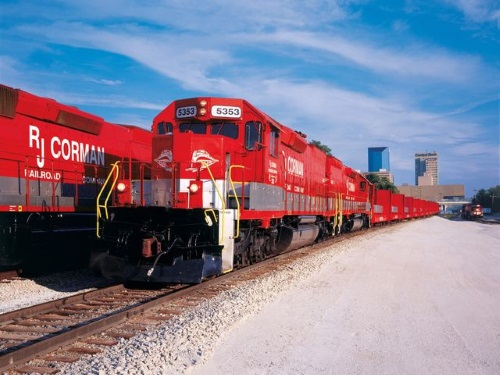 [Above photo by KYTC]

“Railroads are an essential part of Kentucky’s transportation system, reaching every corner of the commonwealth,” noted Governor Andy Beshear (D) in a statement.

“The projects being accomplished with the help of these grants will result in greater safety for the millions of vehicles that cross railroad tracks and more efficient operation of the crossings themselves,” he said.

Those projects include upgrading crossing signals and lights, new pavement on approaches to crossings, replacement of approaches and, in some cases, full crossing replacements. A KYTC selection committee screened and approved 17 projects, with each railroad company involved providing a minimum 20 percent match.

Improving rail-crossing safety has taken on renewed focus among states in part due to a new federal program funded by the $1.2 trillion Infrastructure Investment and Jobs Act or IIJA enacted in November 2021.

The U.S. Department of Transportation issued a notice of funding opportunity in June to make more than $573 million in fiscal year 2022 grants available for the new Railroad Crossing Elimination Program; a discretionary grant program that seeks to improve safety and eliminate delays at railroad crossings nationwide.

The Federal Railroad Administration will oversee this program and ensure that at least 20 percent of its grants go to rural and tribal areas.

Meanwhile, state departments of transportation continue working on their own efforts to improve rail-crossing safety.

For example, a video issued jointly by the Vermont Agency of Transportation – known as VTrans – and Operation Lifesaver Inc. or OLI in July highlights of the importance of highway-rail crossing safety for motorists and other road users alike. OLI – a non-profit public safety education and awareness organization – noted that a train hits a person or vehicle every three hours in the United States.

In December 2021, the Florida Department of Transportation launched a two-year, $60 million effort to deploy brighter and bigger pavement markings at more than 4,000 railroad-grade crossings across the state alongside the implementation of a public safety education program regarding such crossings.